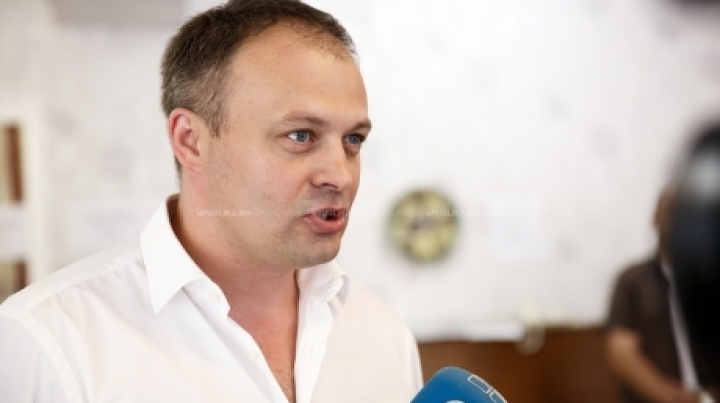 Andrian Candu says that the resolution about Moldovan money laundering from banking system introduced in the US Congress this week is addressed especially to Moldovan public and would be unlikely to be adopted even in congressional committees.

Candu spoke to Europalibera.org correspondent in Washington, Carl Schreck after talks held on Friday at the State Department and Congress, including House of Representatives Speaker, Paul Ryan.

"The authors of the draft resolution do not seem to understand or know the real case of Moldova" , said Candu about the resolution that was proposed by Republican lawmakers Randy Weber and Trent Franks and demanding sanctions of US against him and others if it proves their involvement in "theft billion".

Moldovan Speacker argues that introducing a resolution in Congress is the work of lobbying firm hired by the "Dignity and Truth" Platform leader, Andrei Nastase, that candidates at the presidential election on October 30th and who wants to take advantage before the elections.

"He only tries to bring the war he bears in Moldova here in Washington" , said Candu.

Democratic Party hired, in July, a US lobbying firm with a contract of 600,000 euros. But the speaker also said that these lobbyists were hired to keep Moldova in the view of US to promote a new resolution better informed about Moldova and launch a Moldovan-American bilateral strategic dialogue.

Visiting Washington, Andrian Candu speaker said that the Moldovan government has no alternative plan to overcome financial difficulties and concentrate only on getting a new agreement and a new loan with the IMF.

"We have no other option. We really need the IMF program. If we had a program with the IMF, we would have not face perhaps the bank fraud. The IMF and World Bank support are really needy. There is no other backup plan and we do not have to have that, but just think an A option, without any option B" , said Andrian Candu before to participate in a joint meeting of the IMF and World Bank US capital.

Moldovan Parliament Speaker also estimated that Moldovan authorities have already reached "about 95-per-cent" of measures agreed with the IMF Fund on October 21st to approve a new agreement and a new loan.

He assured that the remaining conditions will be met in the mid of the month.