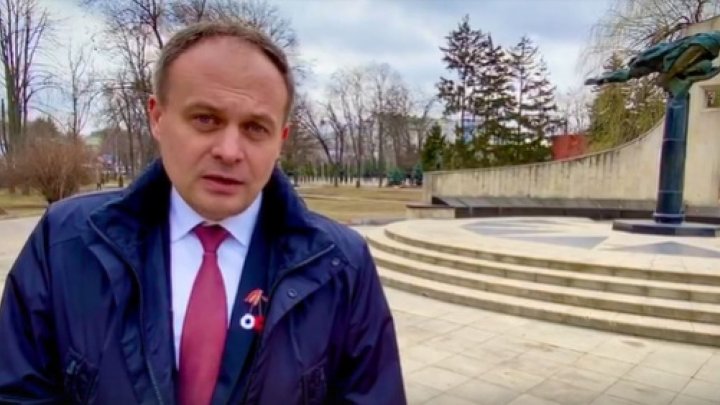 Leader of parliamentary group PRO MOLDOVA Andrian Candu requested President Igor Dodon to ask Russia to remove their 14th troops illegally stationed in the territory of the Republic of Moldova.

In a video, he said that on March 2, this topic should be discussed at a meeting attended by President Igor Dodon, Prime Minister Ion Chicu and Parliament Speaker Zinaida Greceanîi.

"The president of the country is the guarantor of sovereignty, independence and territorial integrity. It would be great that the officials will discuss the consequences of the Dniester conflict in Monday meeting, to find other solutions to protest war veterans and their relatives. It would be great to ask Russia to withdraw their illegal army", Andrian Candu stressed.

He also mentioned that the Moldovan authorities previously made numerous attempts determinedly to ask for Russian withdrawal and Dodon should repeat this request.

The Transnistria War was an armed conflict that broke out in November 1990 in Dubăsari between pro-Transnistria forces, including the Transnistrian Republican Guard, militia and Cossack units and pro-Moldovan forces, including Moldovan troops and police. Fighting intensified on 1 March 1992 and, alternating with ad hoc ceasefires, lasted throughout the spring and early summer of 1992 until a ceasefire was declared on 21 July 1992, which has held.