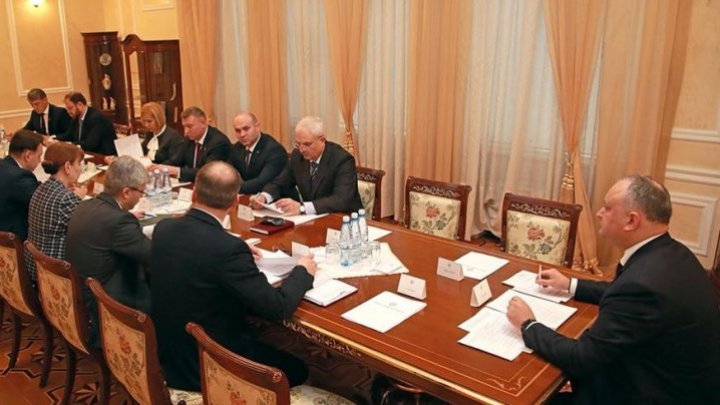 President of Moldovan Parliament, Andrian Candu, Prime Minister Pavel Filip, Minister of Defense and Minister of Internal Affairs have boycotted the Supreme Security Council convoked by Igor Dodon. As six members were not present, the head of state had to change the Council's component, to include other people, among whom counts his councilmen and Governor of the Autonomous Territorial Unit of Gagauzia, Irina Vlah.

"In order to not allow the boycott of some institutions to put at risk SSC's functionality, the component was modified, which allowed us today, despite some members of SSC lacking, to organize the session" President Igor Dodon announced.

Yesterday, leader of PDM, Vlad Plahotniuc, declared after the party's weekly meeting that representatives of Government and Parliament should boycott the Supreme Security Council. Among the reasons counted the fact that members of the Supreme Security Council did not receive the day's agenda, as well as some of the discussed subjects being out of the institution's jurisdiction. Another reason was that the meeting was organized on a day, knowingly that some high-level officials are abroad.