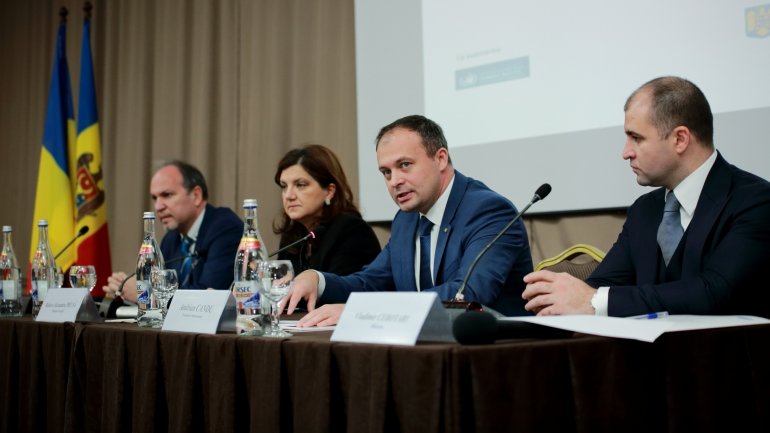 The parliament laid the foundations of an independent, efficient and fair justice in 2016. Independent from politicians, efficient for people appealing to court and correct in relation to all residents of the country, Parliament Speaker Andrian Candu made the statement at a today’s forum Moldova-Romania in justice sector, held in Chisinau on 10-11 November.

Candu pointed out the effect of the prosecution reform bringing fundamental changes in the system. He said that for the first time since independence, high state officials were investigated and even condemned in Moldova, and a large number of customs officers, policemen and judges had been detained in corruption cases. “Everything seemed impossible to imagine in Moldova one year ago - two, is happening now. Soon people will understand that abuse and corruption are punishable”, said Andrian Candu.

The speaker said that by late 2016, the parliament had three major goals in justice reform: to ensure parliamentary control over implementing laws, to approve composition of new Integration Authority, to approve a new system to recover assets.

Adopting the law on recovery of criminal assets is tool aimed at returning embezzled money.

The reform is meant to transform justice into a credible mechanism prepared to assume achievements and failures in the field. “We, politicians, will track the implementation of laws, will provide instruments for increasing efficiency, and we are not responsible for the way of working of a prosecutor or a judge” , he said.

“As a speaker, I assure you that we will go all the way with changes in all segments of reform, and fight against corruption will remain an absolute priority for mandate of current parliament” , said Candu.
AFLĂ imediat Știrile Publika.MD. Intră pe Telegram