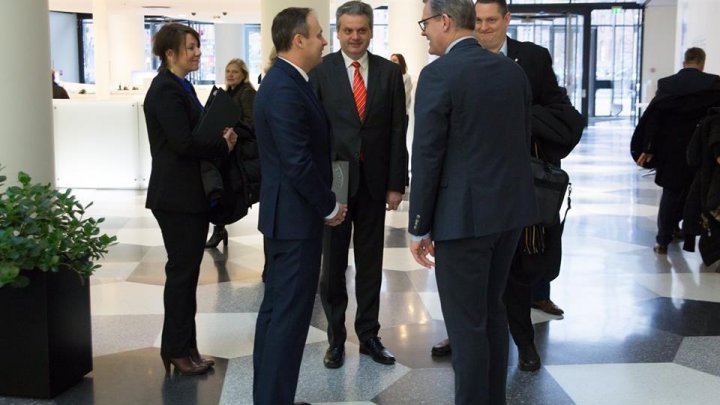 The investment opportunities of Republic of Moldova were presented by Andrian Candu, the President of the Parliament at his meeting with Thomas Bustrup, the deputy director of the Confederation of Danish industry and Finn Mortensen, the deputy director of State of Green. The discussion took place while a parliamentary delegation was in Denmark.

"Republic of Moldova is a small country, but it has a pro-business government that targets to develop it. Due to this treatments, the affairs climate was developed, the bureaucracy was reduced and the number of documents for entrepreneurs decreased, because of the free trade zones, the subsidies for the new working places, the fiscal facilities for the IT companies and so on. We have the opportunity to develop the business, due to the free trade agreement, with the East and West Partnership countries", said Andrian Candu.

He encouraged the danish companies to fund Republic of Moldova.

Within the meeting, there was discussed the cooperation between the business associations and the national Government. Andrian Candu announced the Government's goals about the renewable energy and about different energy sources. In this sense, the President of the Parliament agreed with the State of Green on the topic of Denmark's support to implement the good practices for intelligent solutions that would reduce the addiction to the foreign providers. Also, the parts decided to organize a mission of the Denmark businessmen in Moldova.

The President of the Parliament paid an official visit in Copenhaga, between January 21 and 24.