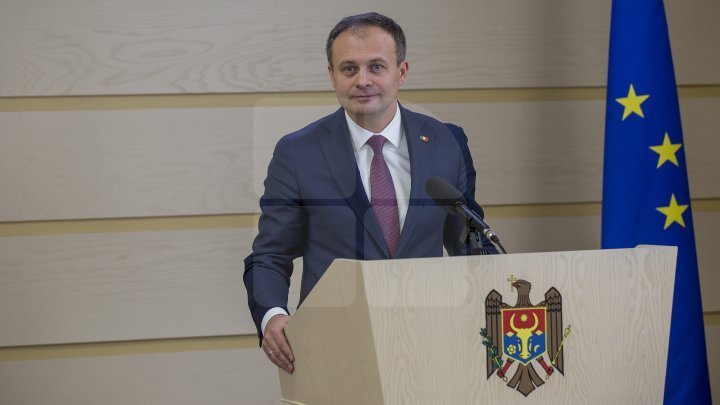 The last spring parliamentary session took place today. At a press conference, Parliament Speaker Andrian Candu talked about the progress made in the 5 + 2 format, especially those related to vehicle dismantling and neutral placards.

According to the official, for the first time in the 25 years, an agency of the Republic of Moldova will have branches in Tiraspol and Râbnița.

It was a fairly productive and of great interest. As there have never been many colleagues in Parliament, and various subjects have been discussed.

The topic will be discussed for more details, which is about the registration of vehicles and the neutral plates.

This topic will also be discussed in Parliament's plenary because it is a draft law currently to implement that memorandum and signed and agreed protocol. For the first time in the 25 years, an agency, an authority of the Republic of Moldova will have its offices in two cities, Tiraspol and Râbnița.

They will use our databases, register and our institutional mechanisms on the territory uncontrolled by the authorities of the Republic of Moldova, all at the Vienna convoy, "said Andrian Candu, Parliament Speaker.

Another topic discussed was the access of farmers to agricultural land, but also the situation and regime of schools with teaching in Romanian and Latin script on the territory of the Transnistrian region.

The results of the operation of the mixed border point with Ukraine, Pervomaisc-Cuciurgan was another important topic.

"More political issues were also discussed, including the Moscow appointment of the person who will be responsible for relations with the Republic of Moldova regarding economy and trade boost", Andrian Candu, Parliament Speaker, said.

The next parliamentary session will take place in early September.