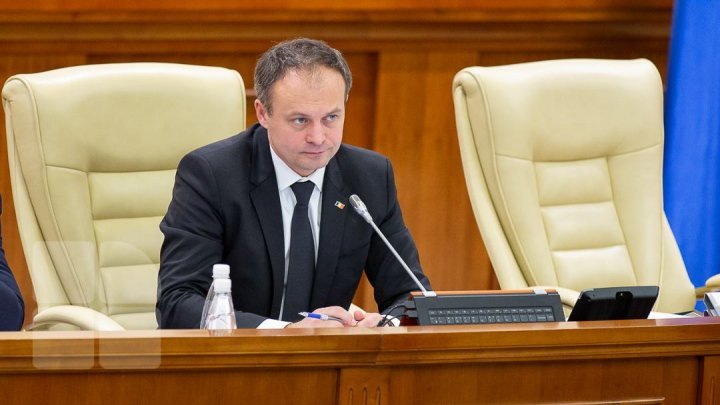 The Government's decision to amend the law and assume responsibility could be treated as a state power usurpation, Andrian Candu announced in the press briefing. The Democrat does not rule out asking the law enforcement bodies to investigate the case.

"What Sandu government has tried in the last two, three months: putting pressure on judges, provoking conflicts in the judicial bodies, between Magistrates Superior Council and the General Assembly of Judges, engaging in the work of prosecutors, creating all kinds of commissions, selections and contests that have been mimicked. And this assumption of responsibility. Everything has led to the fact that the politics and government of Maia Sandu does nothing but intervene in power.

It is a serious violation of the principle stipulated by the Constitution of the Republic of Moldova of the separation of powers in the State. The executive power, the legislative power and the judiciary are separate powers.

Both the Prime Minister and the Government do not have the right to intervene in the judiciary. It is a serious abuse.

We analyze whether Maia Sandu and the Government of Maia Sandu are guilty of separation of powers in the state, abuse of service and usurpation of state power. If they are, we reserve the right to submit requests to investigative institutions, "said the deputy Andrian Candu.