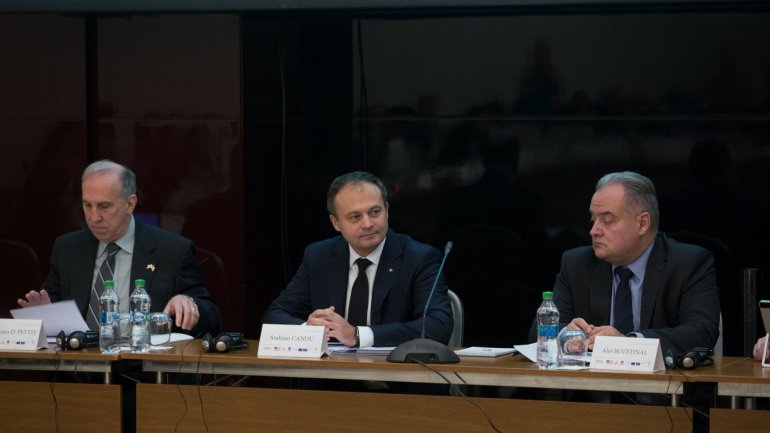 Moldova's Parliament prioritizes the development of mass-media and local production, therefore we will discuss solutions presented by experts to improve the law.

The declaration was made today, by President of Moldovan Parliament, Andrian Candu at the opening ceremony of the international conference "How to attract investments in Moldova's Media space though Modern Legislation".

The event was organized by Association for Development and Cooperation (ADC), attended by President of Moldovan Parliament Andrian Candu, deputies,  United States Ambassador to Moldova James Pettit, members of the Coordinating Council of the Audiovisual, representatives from mass-media institutions, media organisations and development partners.

According to Andrian Candu, authorities know of the importance to develop mass-media for advancing the country using democratic reforms.

"I have established last June a group meant to improve the mass-media legislation, supported by the Common Project of the European Union and European Council "Promoting media freedom and pluralism in the Republic of Moldova". Together with experts and mass-media representatives we debated upon important and ambitious projects from the media domain, with a clear aim, now we have new Audiovisual law for the press, clearly stating the press access to information, vs protecting personal information and other law projects that must yet be adopted"  President of Moldovan Parliament said.

Deputies Vladimir Hotineanu, President of Commission for Culture, Education, Research, Youth, Sport and the Media and George Mocanu, member of the Committee for economy, budget and finance spoke of legislative solutions for foreign investments in Republic of Moldova's mass-media, competitive advantages of our country on the filmmaking market, solutions to modernize Republic of Moldova's legislation, fiscal and budget for attracting foreign investment in filmmaking.

Throughout the day, experts from Czech Republic, Finland, Georgia, Germany, Lithuania, Romania and Ukraine shared their experience in the field. At the end, a report with recommendations will be written to modernize Republic of Moldova's mass-media legislation.

The Conference is organized in the context of activities made within by the Group created to improve the mass-media legislation. The event is held by Association for Development and Cooperation from Republic of Moldova, with the support of Moldova's Parliament, U.S. Embassy in Moldova, USAID, Freedom House, Internews Moldova EU and European Council Project "Promoting media freedom and pluralism in the Republic of Moldova".