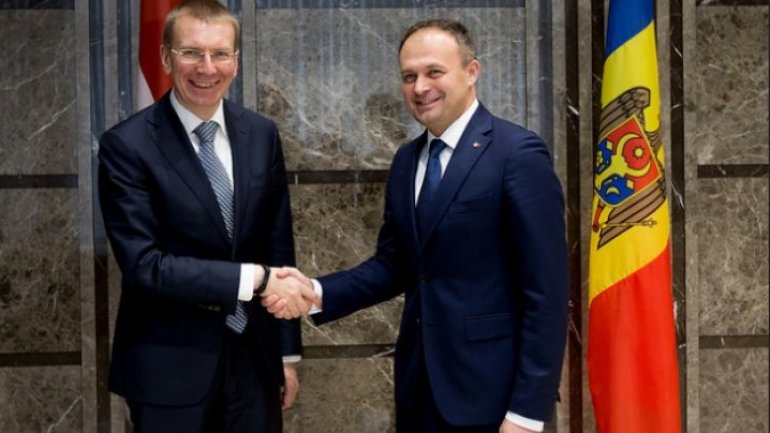 European integration Agenda of Moldova was the topic discussed at meeting of Parliament president, Andrian Candu with Edgars Rinkēvičs, External Minister of Latvia.

"Latvian support is very important to Moldova in process of European integration including tackling current challenges.

Latvia pledges its supports for Moldova in pathway to EU, urging our country to continue reform implementation.

Other aspects were also discussed in the meeting which aimed at cooperation consolidation of inter-parliament Moldo-Latvia such as measures in fighting against Russian propaganda through mass media.

This year Latvia offers Moldova financial assistance worth over 100 million euros by bilateral projects in context of promoting country modernization.

External Affair Minister of Latvia Edgars Rinkēvičs pays a official visit to Moldova in sideline Brussels Eastern Partnership Summit which will be held at the end of November.