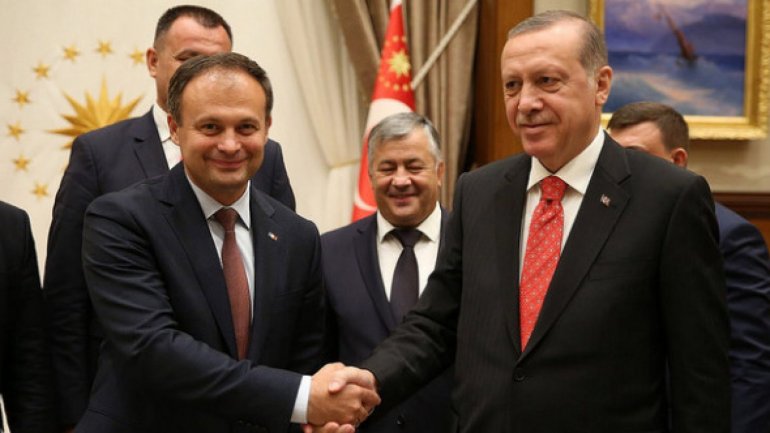 Andrian Candu has met the President of Turkey, Recep Tayyip Erdoğan, during an official trip to Ankara.

The two officials have discussed the success of Moldova-Turkey relations and possible future projects that could assist in deepening them.

Recep Tayyip Erdoğan declared that the countries must improve their markets, so that trades will reach to 1 million dollars.

They have also discussed the possibility to simplify the movement of people between the two countries. Andrian Candu promised that authorities from Chisinau will overview the matter of allowing Turkish citizens free movement with only their identification cards on the territory of Moldova.

Parliament Speaker has thanked for all the support Republic of Moldova received in terms of economy, politics and social. Our country having various new projects from TIKA for fresh water, hygiene, health, education etc.

Andrian Candu has extended an invitation for the President of Turkey to visit the Republic of Moldova. In his turn, Recep Tayyip Erdoğan declared that he will try to visit Chisinau by the end of the year.