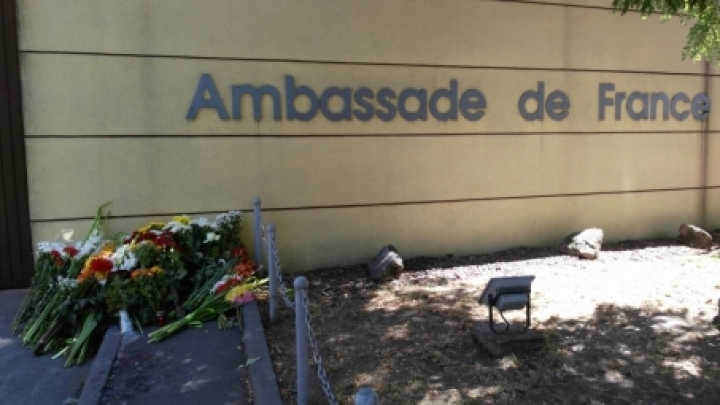 Parliament President Andrian Candu has laid flowers at the French embassy in Chişinău. The gesture has been occasioned by the bloody terror attack in France’s Nice.

"Unexplainable actions of obvious cruelty. We can’t help not being shocked with someone’s actions, albeit a terror act or not. Sincere condolences for the events. We – Moldova’s authorities and its citizens -- stand by the French people. We bring this message of solidarity and sincere regrets, and we’ll stay by them at such cruel and unexplainable moments. There’s no excuse, no reason when people die," Andrian Candu said.

The death toll has risen to 84, as the number of the injured scaled over 100, after yesterday's terror attack in France's Nice.