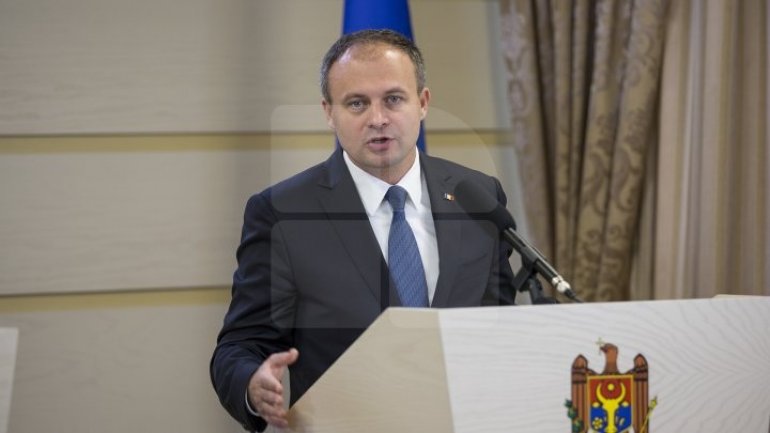 President of Moldovan Parliament, Andrian Candu, has declared in an interview for "Europa Liberă" Radio that he hopes the second part of the Kroll report will clean not only the political class, but also the business environment and banking system.

Andrian Candu also requested for "all those who had a role to play in it to be brought to justice".

According to the President of Moldovan Parliament, on 7th or 8th November they will meet with representatives from Kroll.

"They will provide us then with information and at what stage of the report they are, including when it will be completed, when and how it will be published, how the information will be made available for the public and then we will have more information."

The official added that during each talk with representatives from Kroll, he tries to bring arguments for the document to be made public.

"During our talks with Kroll in June, we requested and told them that the society has big expectations. Those believes don't come  solely from the citizens, but also institutions,  our development partners and from politicians. It is important to see what Kroll discovered. I mentioned that the report will include much sensible that will help investigators with criminal files. It was then that the Prime Minister and I said: Think careful what you consider fitting, as there must be a report and information that will be made available for the public" Candu said.

When asked if Kroll-2 could possible clean up in the political class, the official answered: " Of course, just like the first report did, despite the first one not being an investigation, but documentary. Much hope rides on Kroll-2 not only to clean the political class, but also the business environment and banking system. All those who played a part in it, will be brought to justice."

Andrian Candu has also added that Ilan Șor that appears in  Kroll-1, had no moral right to complain in European Institutions.

"I can only make statements from my moral point of view, not the legal one. From what everyone understand and reads in press, we received over 20 letter from European Parliament deputies personally assuring us that once Mr Șor will travel to Strasbourg or Brussels, or wherever he was, will afterward return to Chisinau. Those are legal things, where decisions were taken by attorneys investigating the case and judges from courts, which overviews all legal control this case implied, or house arrest. We do not know Șor's sentence, until the Court of Appeal will not make a decision. From the moral point of view, I say that we must condemn and accuse the man who, according to Kroll, had a role to play, a political activity. At the same time, I cannot declare all that I wish to make eventually, as long as there is a small chance that the man is innocent. We must obey the law" finished the source.