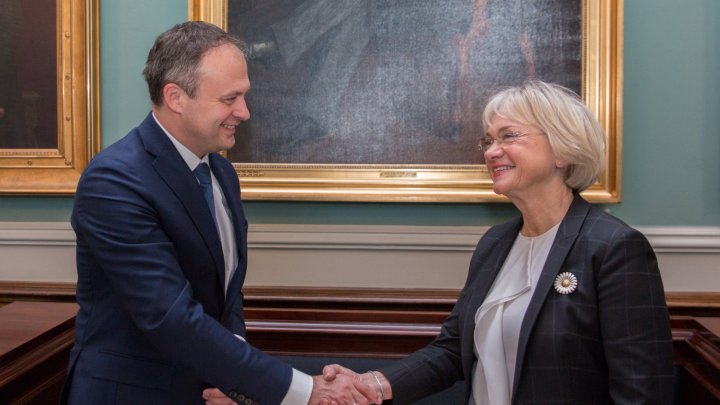 President of Moldovan Parliament, Andrian Candu has invited Speaker of the Danish Parliament, Pia Kjærsgaard to the international conference held by the Parliament of Republic of Moldova and organized by Parliament Presidents from Moldova, Georgia, Ukraine, in partnership with the Atlantic Council.

The event will be attended by presidents and representatives of the parliaments, as well as renown international experts.

The main topics discussed will be the challenges the region faces after disinformation campaigns, economy and justice reforms from Georgia, Moldova and Ukraine, aiming for European integration, energy security and the frozen conflicts from those three countries.

We remind that last year, President of Moldova Parliament, Andrian Candu, along with Chairperson of the Parliament of Georgia, Irakli Kobakhidze and Chairman of the Verkhovna Rada, Andriy Parubiy have singed a common declaration toward the European Parliament, requesting the perspective of the three countries to adhere to the European Union.

Earlier, in November 2017, European Parliament has requested deeper collaboration with Republic of Moldova, Ukraine and Georgia, as well as seeking new methods to support the three countries located on the Eastern border of the European Union.