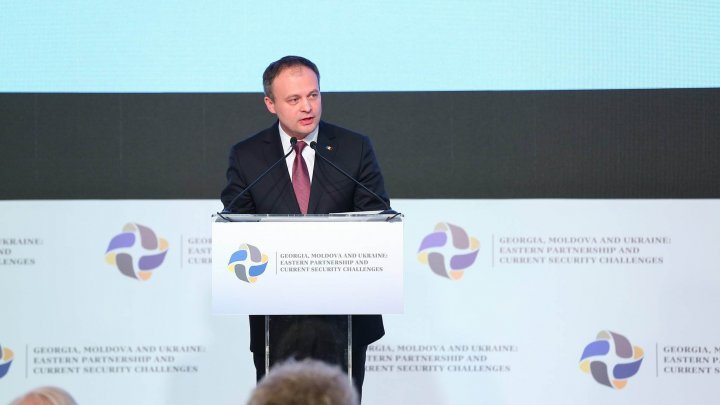 The draft law, which stipulates the passing of a plot about 70 ha from Stăuceni commune, Chisinau municipality, into the category of land for construction, will be examined by the Parliament on Friday, March 23, 2018. The Permanent Bureau decided today to include it for examination in the current week.

Andrian Candu, Parliament Speaker, said after the meeting that by approving this project the land on which Chişinău Arena is to be built, the first multi-purpose hall in Moldova, will be managed by the Ministry of Culture, Education and Research.

According to him, it is a premiere in the Republic of Moldova launching such a project.

"In the past 26 years, nothing has been built for society, but stadiums, playgrounds and cultural houses have been destroyed, not enough investment in culture and sports, so I am glad that every day for the planned project announced two weeks ago something is happening. Today, it is discussed and examined by the Government, and so our action plan is done with mathematical precision", said Andrian Candu.

At the same time, Andrian Candu underlined that, according to the action plan, the international competition and the construction works start in June-July this year, which could take about a year.

"In one year we want to enjoy the existence of Chisinau Arena," added the president of the Legislature.

We would like to remind that a group of deputies registered in Parliament a bill, which stipulates the passing of a plot of about 70 ha from Stăuceni commune, Chisinau municipality, in the category of land for construction.

The multifaceted arena will allow the country to host international competitions, concerts and cultural events of a broader nature. Chisinau Arena will provide training space according to international standards, including for performance athletes, and will create a space for capitalizing on the potential of young people, offering new opportunities and being a tool for achieving the rights of young people in Moldova.

Chisinau Arena is to be built through a public-private partnership with a capacity of up to 5,000 seats and generous spaces for sports, cultural activities, training area, Olympic swimming pool, tennis club, as well as exhibitions, conferences and meetings