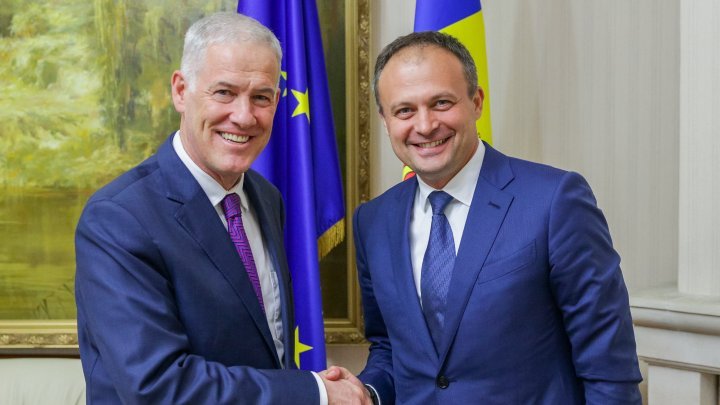 Andrian Candu, the President of the Parliament held a meeting with Michael Scanlan, the Ambassador of OSCE mission in Moldova.

The officials discussed about the progress registered during the previous year, the improvement within solving the transnistrean conflict.

The President of the Parliament confirmed the the authorities' willingness to further promote direct dialogue between Chisinau and Tiraspol, as well as to support the population and economic agents in the Transnistrian region.

In response, the Head of Mission appreciated the involvement of the Moldovan authorities that led to the implementation of the agreements signed in November 2017 and April 2018.

Ambassador Scanlan expressed his conviction that the progress achieved would be extended to other spheres of the regulatory process, such as freedom of movement and security.

"Moldova has sent a strong signal to the international community that prolonged conflicts can be resolved through direct involvement and negotiations between the parties", the Head of the OSCE Mission concluded.