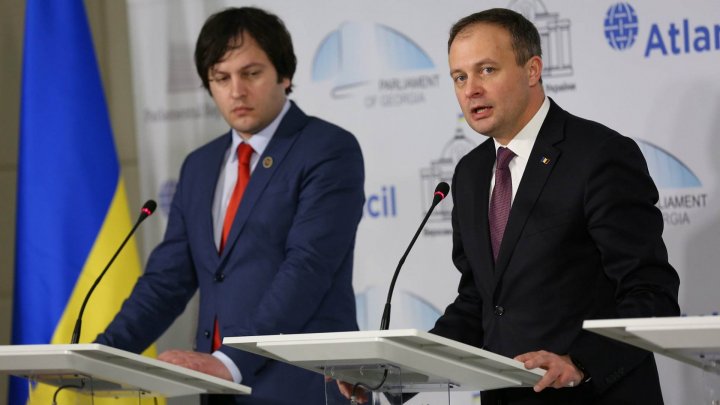 President of Moldovan Parliament, Andrian Candu declared at the Security Summit that authorities from Republic of Moldova must ensure that the future elections will be fair, open and transparent.

President of Moldovan Parliament has also underlined that only by working together with Georgia and Ukraine, can we become stronger.

"It is obvious that we already feel Russia's influence on the next elections form Moldova. There will be attempts and already taken actions. Our authorities must ensure that the next elections will be fair, open, transparent, legal and without interference, so that the fate of Republic of Moldova will solely be chosen by citizens of Moldova.

All taken measures, including the anti-propaganda law, fights against misinformation and lies. Speaking of the joint efforts that we made to face all challenges by signing today's declaration, we urge Governments to be more active in identifying and bringing into force a joint strategy, as well as take actions to ensure security, to realize reforms.

By joining forces, our path will become easier. If we will work together, synchronize our actions, then we will be stronger. This summit takes place on March 2, because it is a special day for us. It is the day when a conflict ended, when we commemorate war heroes, mark 26 years since war broke out. It is a new page in relations among Moldova, Georgia and Ukraine, for out efforts in European integration to bring results as soon as possible "President of Moldovan Parliament, Andrian Candu declared.

PUBLIKA.MD reminds that during today's summit, which Chisinau hosts, Georgia, Moldova and Ukraine will sign a declaration on the European Integration perspectives and the current security issues.