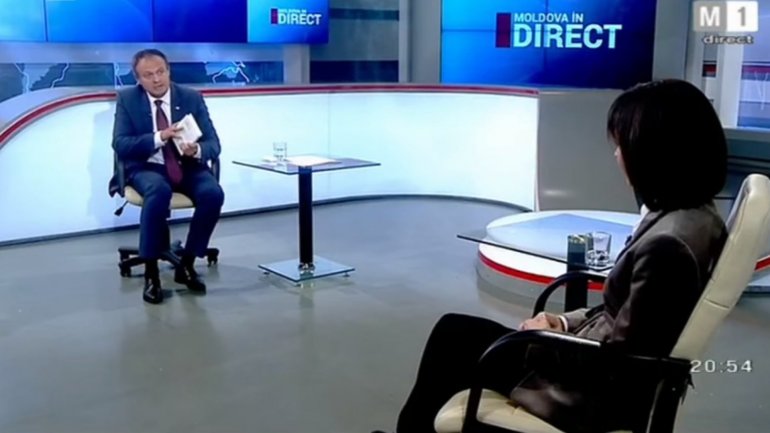 Andrian Candu and Maia Sandu have participated in a political debate this Wednesday, October 4, on National Television channel. At the end, President of Moldovan Parliament has offered a gift, the book "The New Machiavelli: How to Wield Power in the Modern World" by Jonathan Powell, declaring that it will prove useful to PAS leader, wrote adevărul.ro.

"It is a beloved book by your former leader, mister Filat that has done him justice. It is called "The New Machiavelli: How to Wield Power in the Modern World", written by Jonathan Powell, who served as the Chief of Staff, under British Prime Minister Tony Blair and it is simply suggesting how you should lead others and do politics. I am sure you will find good advice there about what you should and shouldn't do" Andrian Candu declared.

Maia Sandu has attempted to mock the gesture, by asking if the book also teaches how to become rich in politics, underlining that she will read it and thanked him for the gift.