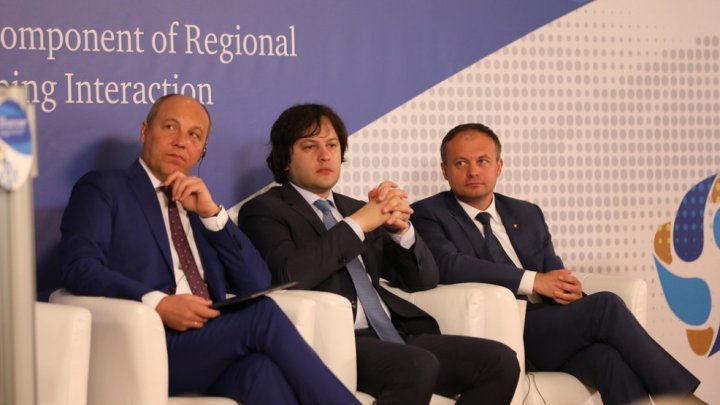 The zero objective of our trilateral collaboration is to reconnect the region to Europe, said Andrian Candu, Parliament Speaker, in Kiev at the opening of the second high level inter-parliamentary conference Georgia, Moldova and Ukraine: Strengthening the inter-parliamentary component of regional cooperation and in the field of security, by developing cooperation with the EU and NATO.

According to him, regional cooperation and cooperation on the security dimension together with the internal processes of democratic transformation are the key to getting the European perspective for the three states.

"We need structured cooperation between Moldova, Georgia and Ukraine, countries that face common challenges, we have common aspirations and the status of EU-associated states, and together we can identify common solutions and share best practices," said Andrian Candu.

Particularly, he spoke about the cooperation between the three countries and the EU on trade, transport, energy and IT, which will generate new opportunities for joining the single market and applying EU standards in the region.

Andrian Candu also stressed the need for joint actions to promote the interests and aspirations of the three countries at international level.

"In the European Union, different nations have learned to work together, to ensure peace, stability and prosperity for all inhabitants through co-operation. We also need support from the EU and the United States," he said.

Andrian Candu, Parliament Speaker, participates in the second high-level inter-parliamentary conference Georgia, Moldova and Ukraine, which takes place in Kiev on June 8-10. A document to create Parliamentary Assembly Moldova, Georgia and Ukraine will be signed at this meeting.