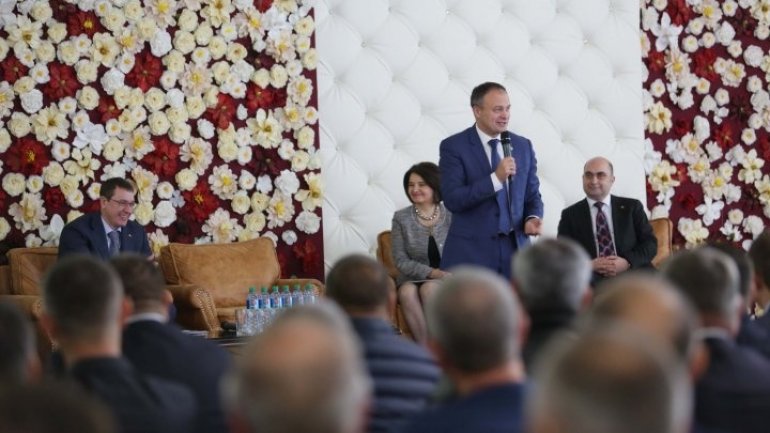 Andrian Candu, Parliament Speaker had a meeting today with businessmen from the North region of the country .

Simplifying procedures and excluding state and civil service interference with the business environment is the most important thing we are doing, said Andrian Candu.

According to him, the number of organs with control functions has been reduced from about 58 to 18, and control processes are planned to be shorter and less invasive.

Also, the number of acts was reduced from 416 to 149, and officials admitting abuses will be severely punished.

According to the provisional calculations, the approved changes would allow the private sector to save about 43.6 million lei annually, only from the administrative effort, and to the public sector - 18.4 million lei.

Another priority of government is to decriminalize economic crimes and reduce unnecessary constraints and risks for economic agents.

According to Andrian Candu, the imprisonment of businessmen leads most often to the closure of business, implicitly loss of employment for many employees, as well as losses for the economy.

Businessmen will be able to recognize the guilt for the offense committed, to eliminate the consequences and to pay to the state budget penalties.

From the beginning of next year, a single employee report will be filed with the State Tax Service instead of 5 as it currently stands.

In addition, a single reporting window will be created for all tax, financial, and statistical reports.

These important changes, as well as the program with the IMF, and the country's exit from the crisis were possible, according to the Speaker of the Parliament, due to the synchronization of the actions of the Parliament and the Government.

The Speaker of Parliament also talked about the exclusion of workbooks and other important changes in the Labor Code, the creation of IT parks and the strategic development of information technologies in Moldova. He also talked about the stability of the banking sector, promoted social programs, including meal tickets, First House, Women in Business, Dual Education and Attractive Visa Regime.

According to official data, at this hour, Moldova ranks 6th in the world for the number of jobs created last year in relation to the population and is the newest destination for emerging investments, according to the Global Location Trends report 2017.