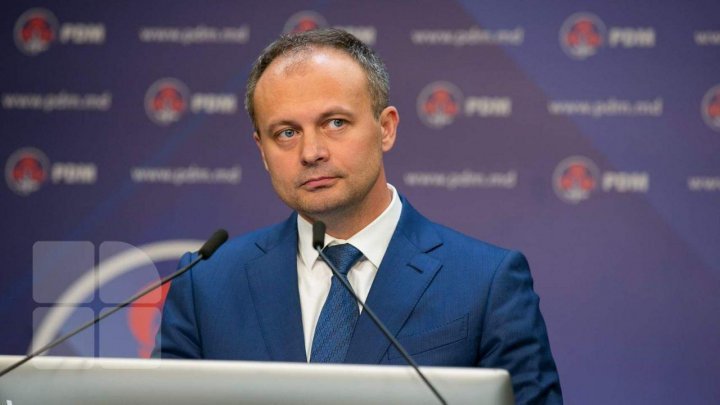 The Democratic Party of Moldova (PDM) will return into government sooner than some people believe, PDM MP Andrian candu announced during a talk-show on TVC21, quoted realitatea.md. According to him, PDM will be a constructive opposition and put pressure on the current Government. Moreover, PDM is ready to discuss with any political party to form a new parliamentary majority.

Andrian Candu affirmed that PDM wants to govern so it can serve citizens and continue to deliver good results.

“The Democratic Party must place constructive pressure on the Government so it finally starts delivering results for citizens. That is why we are waiting for Maia Sandu with her team in the Parliament, when the motion to censure will be discussed on two dimensions: economic and social”, stated Andrian Candu.

The Sandu Cabiet has not yet provided citizens with specific effective results and only suspended or canceled important social projects launched by the previous government, Andrian Candu said.

When asked if PDM opts for early parliamentary elections, Andrian Candu was of the opinion that the turnout in the last local elections does refer to voter fatigue that people experience.

“PDM wants to return to the government and can do that without early elections,” said Andrian Candu, but he did not specify exactly how.

In this context, Andrian Candu noted that the PDM is willing to open up discussions with any political party so as to form a new majority in the Parliament.

“At this moment, if any members of the governing coalition are willing to talk to the Democratic Party and it leads to something that can serve the citizens, PDM is open for such discussions, regardless of the political color. I noticed that in the last few years the political color is so disappointing and there is too much emphasis on geopolitics and political color that the citizens’ issues are overlooked", said the politician.

PDM has been in opposition since June, when they ceded power to the governing coalition formed by ACUM bloc and the Socialist Party.