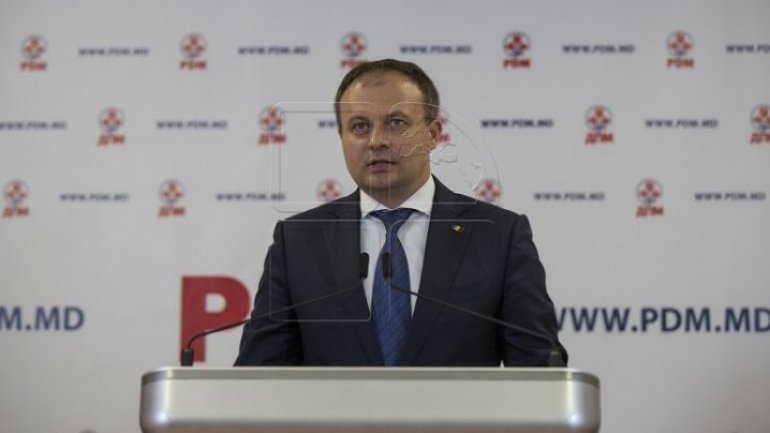 Andrian Candu, Parliament Speaker, came back from a brief visit to Berlin with Iurie Leanca.

"On this occasion, I congratulated the winners in German elections, Mrs Merkel in particular, moreover, we have completed a very important mission of our country.

"In Berlin we have a good friend who has been involved in the European interest of the Republic of Moldova named Christoph Heusgen, Mrs. Angela Merkel's Foreign and Security Policy Counselor,"said Andrian Candu, Parliament Speaker.

Christoph Heusgena was recently appointed German Ambassador to the United Nations. At the same time, the high official was involved and came with special support for the Republic of Molodova, including the signing of the Association Agreement and the achievement of the liberalized visa regime.

"As a gratitude and appreciation of all that he did for our country, I decorated Christoph Heusgen with the Medal of the Parliament, namely the Medal of Democracy," added the president of the argument.

The last working visit of the President of Parliament, Andrian Candu, to the Federal Republic of Germany took place on 7-9 March this year.