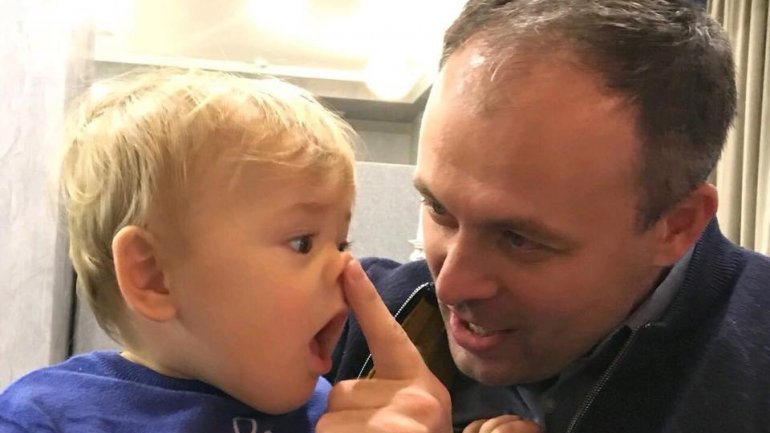 President of Moldovan Parliament Andrian Candu, posted on his Facebook page a new picture featuring his youngest son, Adam. In the picture can be seen how the official is spending time with his family on his day off.

In only a few hours, the picture gathered hundreds of likes. It is not for the first time that Andrian Candu makes public appearance with his children.

In September, he participating at a grand sport competition- Olympic EcoFest, along with his eldest son, Daniel. Andrian Candu has three children - two boys and a girl.