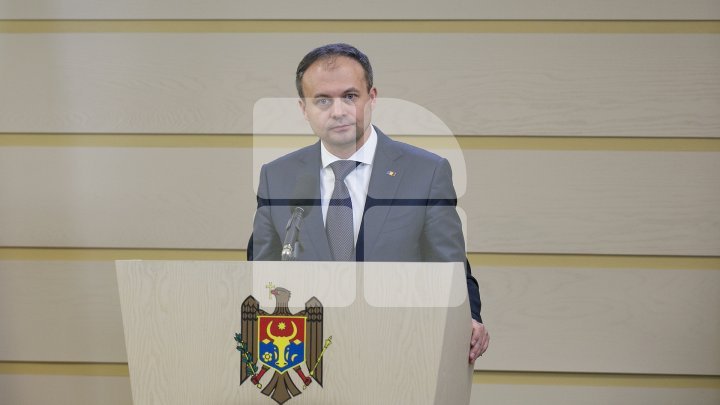 Mixed system will be kept, political representatives are urged to identify candidates in competition. The statement was made at a press conference by Parliament Speaker Andrian Candu.

"Moldovan Parliament showed attitude from declaration and Parliament's decision, which was approved last week and which has political part, in which we express our concern about the event, the non-validation of the elections and the resolution of the European Parliament.

Legal commission was delegated and requested within 60 days to investigate, assess, document the events and come up with recommendations and solutions to overcome the subject and to avoid cases, according to some opinions, the court will arbitrate and assign more than they were requested that might exceed certain competences.

It is certain that this committee, in 60 days must come up with a report, with the facts, with recommendations for the plenary of the parliament, so that things will also be clarified in terms of legislation and from the point of view of the future election.

What is involved in the mixed system must be understood by all citizens of the Republic of Moldova, including those who are today protesting in front of Parliament, that the mixed system will not be canceled and that the next parliamentary elections will be organized in the mixed system. We need to prepare for the mixed system to identify their candidates in the constituency in the country and abroad. To enter into a political competition related to the electorate that follows and less with the loss of time, even if democratic is related to protests, "said Andrian Candu.

PUBLIKA.MD reminds that elections will take place this autumn on the basis of the mixed system. The draft law on the mixed system was voted in Parliament's first reading. The document stipulates that 50 deputies be elected on party lists, and 51 - directly by citizens.