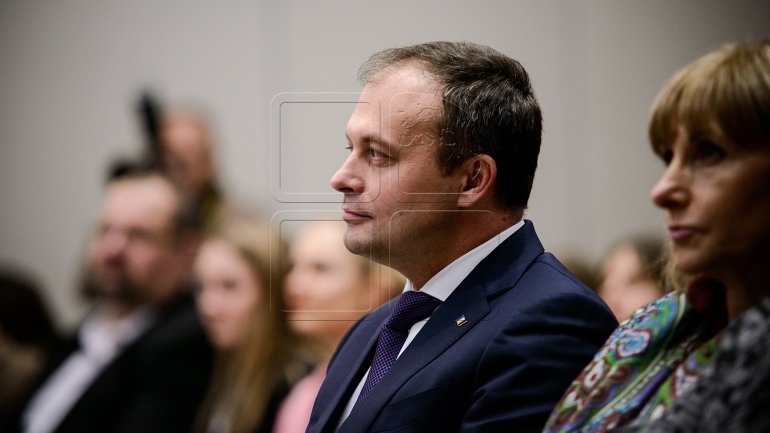 The most deserving young people and youth organizations from Moldova have been awarded at the National Youth Awards Gala, the 2016 issue. The young people received trophies, diplomas and money prizes worth between 12,000 and 20,000 lei.

Parliament Speaker Andrian Candu congratulated the winners, stressing that, through their achievements they contribute to Moldova’s development.

“By perseverance and ambition, you will manage to get performance. Many of you came across difficulties: after we fell down, we got up, we learned the lesson and became stronger. The National Youth Awards Gala puts emphasis on young people’s performance, on the role they have in Moldova’s society, no matter the challenges we have. It is important that the state encourage young people through diverse activities, so that they contribute more to the country’s development” , said Andrian Candu.

Youth and Sport Minister Victor Zubcu also congratulated the young people, noting that Moldova had not exhausted the resources of intelligence among young people.

For his part, United Nations Resident Coordinator in Moldova Dafina Gherceva urged the young people to more active civic involvement, so that, along with the authorities, identify viable solutions to present problems.

The National Youth Awards have been offered to young people and youth employees for achievements and performances, as well as to local-level youth organizations for contribution to developing the youth sector. The event, organized by the Youth and Sport Ministry, is aimed at encouraging young people’s participation in Moldova’s social, economic, cultural and political life.
AFLĂ imediat Știrile Publika.MD. Intră pe Telegram