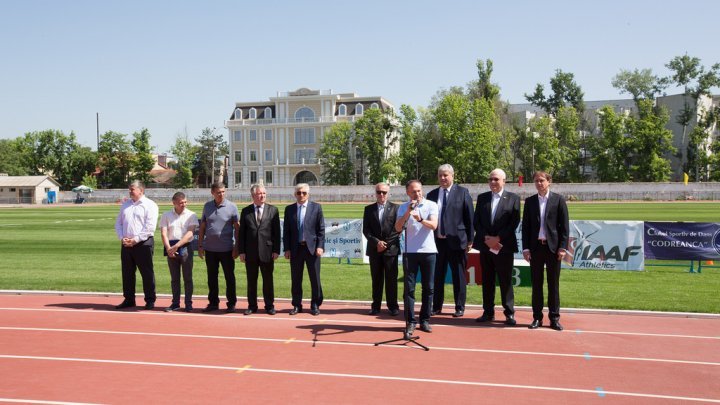 A new track of modern athletics was inaugurated today at the Dinamo Stadium in the capital.

Inauguration was attended by Andrian Candu, Parliament Speaker, who assured that investments in sports and sports infrastructure will continue.

"I am delighted that, together with our colleagues in the Parliament, we have been able to approve all the necessary laws in order to realize this beautiful project of renovating the stadium and to have a modern track. It's a good thing and we certainly will not stop here, "said Andrian Candu.

He stressed that the infrastructure renovation and construction projects will continue in the next period. Also, the President of Parliament recalled in context the biggest project developed in Moldova in the last decades - Arena Chisinau.

On May 5, the Private Partner Selection Committee for the Design and Construction of the Multi-Stage Arena of National Interest met at its second meeting and approved the Standard Documentation required to launch and organize the Developer Selection Contest.

The Dinamo Stadium athletics track was renovated and modernized within a project supported by the Ministry of Internal Affairs, the National Olympic Committee, the National Athletics Federation, with the support of the Parliament of the Republic of Moldova