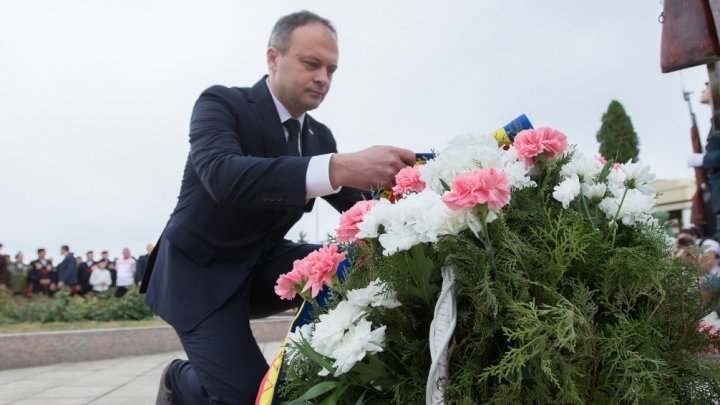 President of Moldovan Parliament, Andrian Candu, has laid flowers and took a moment of silence at Eternitate Memorial Complex, to commemorate the fallen soldiers from the Second World War.

"We desire peace, for there to be no more circumstances where mothers will shed tears. We work to improve people's lives and to reintegrate the country" Andrian Candu mentioned.

According to President of Moldovan Parliament, the two holidays - Victory Day and Europe Day marks peace in the continent.

The ceremony dedicated to Victory Day and Europe Day was attended by deputies, ministers, workers, law enforcement, veterans, guests and citizens of Chisinau.

Every year, on May 9, people celebrate peace and unity all over Europe. It took place after on Tuesday, May 8, 1945, allied forces announced that Germany has surrendered, marking the end of the Second World War.