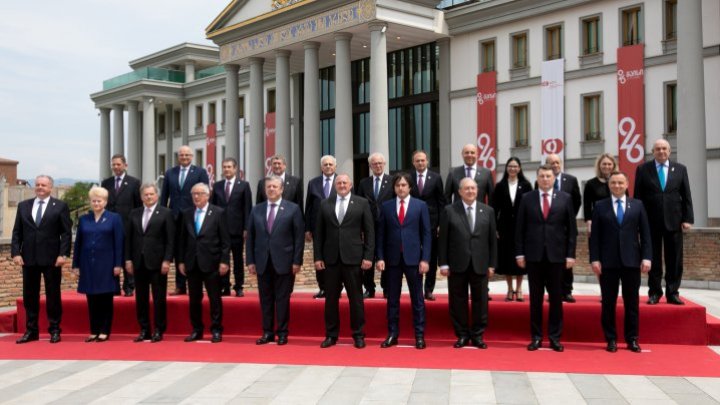 Parliament Speaker Andrian Candu attended an official ceremony in Tbilisi on the occasion of the 100th anniversary of the establishment of the first Georgian Democratic Republic.

The head of the Chisinau legislature spoke about the joint projects of Moldova and Georgia and said that the EU should be more active in solving the conflicts in the region.

He said that in our country there is a high risk of propaganda and destabilization generated by Russia in the context of the autumn elections.

Andrian Candu will discuss with Tbilisi officials including issues related to the functioning of the Interparliamentary Assembly of the Supreme Council of Ukraine, but also of the Parliaments of Georgia and Moldova.