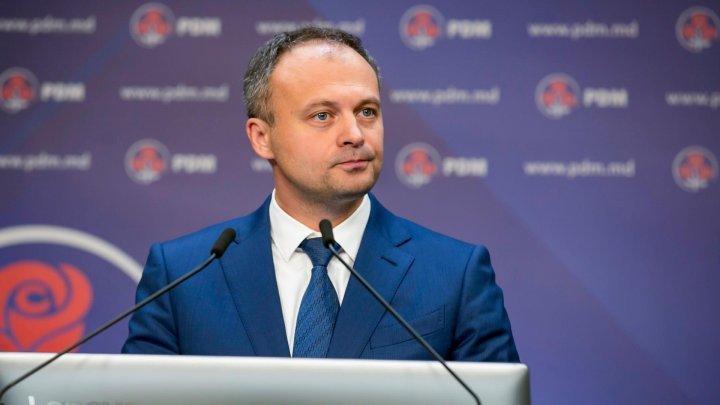 "Welcome to the election campaign! This means firstly a competition of ideas, good facts, and voters have to choose who is the best in the end.

Who is the best team, the team that deserves to govern this country in the next four years, who know their country best.

Of course this is Democratic Party of Moldova team. Because this team know the most difficult situations in the country to make the best decisions, this team are the most professional specialists, the team of facts and achievements.

Our electoral contestants, the parties with us today entered this competition will surely hang billboards, banners everywhere in the country and fill the TV with promises and vain hopes.

The Democratic Party team does nothing but tell the truth and say the achievements we have made in these years.

Why the Democratic Party of Moldova team and not others, because it's the can be found by every citizen.

PUBLIKA.MD recalls that the electoral campaign for the February 24th parliamentary elections started today. It will last until election day. The vote is based on the mixed voting system. Thus, 50 MPs will be voted on party lists, and 51 MPs will be elected on uninominal constituencies in one round.