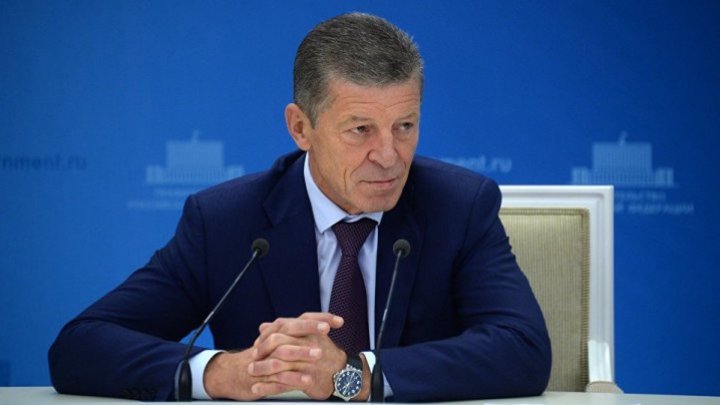 The appointment of Dmitry Kozak as responsible for trade and economic relations with the Republic of Moldova is an important message from the Kremlin. The statement belongs to Parliament Speaker Adrian Candu who says that this topic has been discussed today in the Parliamentary Consultation and Controlling Platform for the implementation of the reintegration policy.

"It is a message from the Russian Federation, probably a strong hand that we need to find the right answer. It is well understood that the Kozak's profile is impressive, as an experience in general. He won't consider our unpleasant experience related to that Kozak Memorandum, "said Andrian Candu, Parliament Speaker.

The Speaker of Parliament also said that he wants the relationship between the two countries to improve and hopes that the Republic of Moldova will be treated equally by the Russian Federation.

"We hope that this is a message of improving relations, finding compromise mechanisms in order to re-establish dialogue and communication, so that we do not forget the principles that we have established are those related to respect dignity reciprocal pragmatic relationship and productive cooperation with the Russian Federation, but not a relationship from a dominant state to a dominated state, "said Andrian Candu, Speaker of Parliament.

The decree on the appointment of Kozak was signed last week by Russian President Vladimir Putin. Through this document, the dignitary takes over the duties of Dmitri Rogozin, who was a special representative for the Transnistrian region.

Russian Deputy Prime Minister Dmitri Kozak is the author of the well-known memorandum of 2003 aimed at resolving the Transnistrian conflict by federalizing the Republic of Moldova and stationing Russian troops by 2023.

The authorities in Chisinau then refused to sign this agreement, which subsequently led to the establishment of Moscow's first embargo on wine exports.