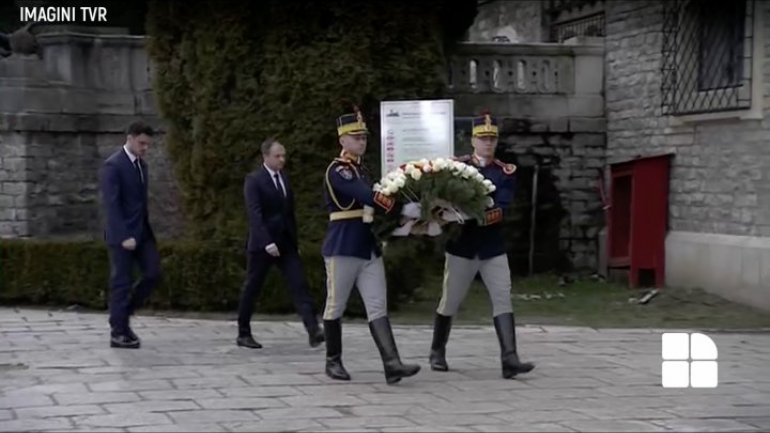 The Moldovan delegation paid its last tribute to King Michael. The event was attended by Andrian Candu with representatives of Parliament and Government. The monarch's coffin was transported by car to Peles Castle, where it will be for several hours.

Also today, King Michael will be transported to the Throne Hall of the Royal Palace in Bucharest, where he will stay until Saturday, the day the funeral will take place.

The public will not have access during the stay of the coffin at the Royal Domain of Sinaia. The press will have access to the Peles Castle Terrace and, in certain time intervals, the Hall of Honor.
AFLĂ imediat Știrile Publika.MD. Intră pe Telegram