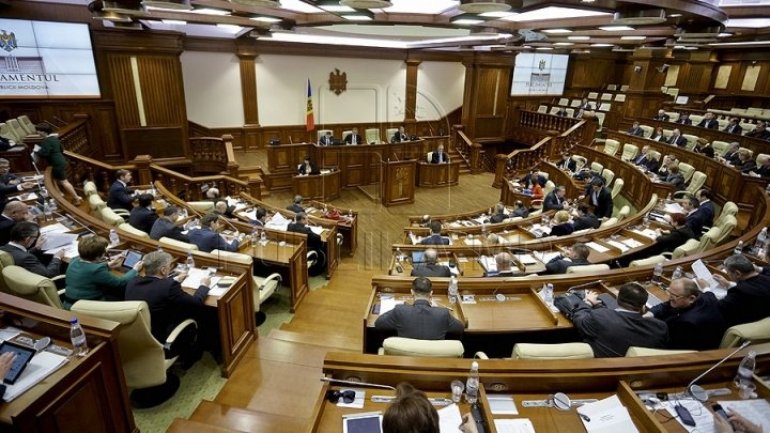 President of Moldovan Parliament, Andrian Candu, acted as translator for Legislative, while Vice Minister of Finance presents the project regarding the ratification of the financing Agreement between Moldova and European Union. A liberal deputy requested to be presented all 28 conditions which must be completed for the loan to be offered. As the text was in English, Andrian Candu has assisted the Vice Minister. Some deputies were amazed by the fact that a part of the terms were already executed by the Government.

"Allow me to translate for you! The Parliament will modify the legislation and will give additional competences for the consolidation of the Agency for the Recovery of Criminal Goods" President of the Parliament declared.

Andrian Candu stated that the majority of terms to receive the first tranche from the financing Agreement from EU were already completed:

"Those talks have begun since summer and we have begun to execute many of the terms during the sessions, including this one. It is an exemplary attitude from the Government, as it takes efficient actions beforehand."

Some deputies though, came having no ideas about it. PLDM deputy Grigore Cobzac quoted a local press and asked a few time if one of the conditions set by the European Union was canceling the electoral reform.

"Within the agreement, is there the condition to finance the canceling of the uninominal voting system?" Cobzac asked.

"Have you not read the Agreement? The Venice Commission in February- March will evaluate how many of their recommendations were used for the implementation of the uninominal voting system" Candu specified.

While president of Communists, Vladimir Voronin was puzzled by the socialists questions regarding how the money from EU will be spent.

"This document was forwarded by the President of Republic of Moldova, the one chosen unconstitutionally, I have no idea why the socialists fraction is asking those questions. How you are working, only God knows" Vladimir Voronin stated.

The macro-financial assistance from European Union foresees a financing of 100 mln euro, 40 million of which will be offered as a grant.