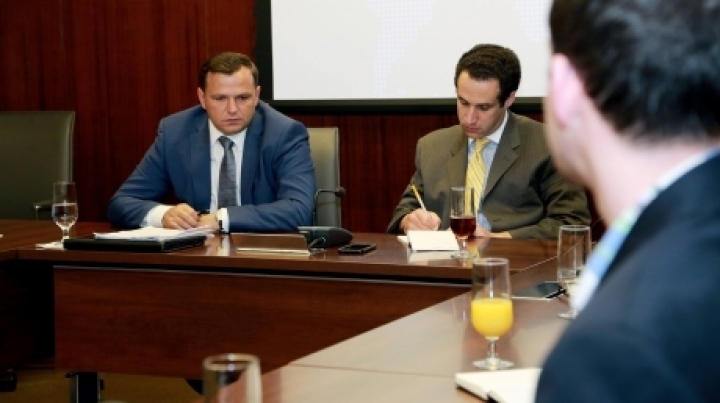 Another failure for Andrei Nastase, leader of "Dignity and Truth" party of the fugitives convicts Topa. This time it's about Nastase's visit in the United States.

Chisinau press, and many political analysts have pointed out that the wedding godson of fugitive convicted, Victor Topa, had meetings with unimportant politicians and only a few American civil society representatives.

The media pointed out that even Jurnal TV channel of the mobsters Topa, gave no details about his meetings, limiting themselves to general formulas like American "officials" or "congressmen".

No names were given to US politicians, which proves, according to political observers, that the "Dignity and Truth" Party leader did not had important discussions with American officials. Among the few names featured in the Jurnal TV news are several experts, including a sympathizer of a "Dignity and Truth" foundation, Vlad Socor.

According to several media outlets, Socor was the one to led the oversea visits, which aim at promoting the image of Nastase's presidential campaign. However, journalists say, the visit represents a major failure. Moreover, the press has written that his trip to the United States was funded from money raised during downtown protests.