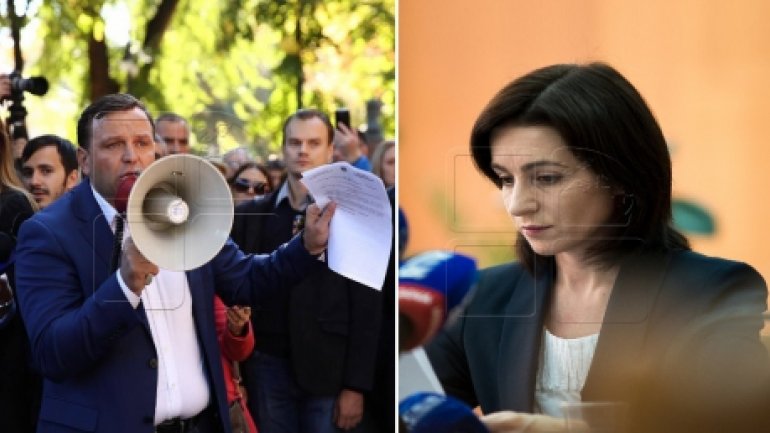 Ultimatum for Maia Sandu. The "Dignity and Truth" party, behind which stay mobsters Viorel and Victor Topa established a deadline for "Action and Solidarity" Party leader to quit the election race, accepting the job of the head of the government when Andrei Nastase will become president.

"Unfortunately we find that our partners have rejected additional mechanisms for identifying the unique candidate proposed by the "Dignity and Truth" Party. Currently we arrived when the postponement decision appointing a single candidate is counterproductive and the effectiveness of its campaign and the chance of the country's change is endangered" , said PPDA members.

Thus, "Dignity and Truth" Platform party members have argued that political party has an offer: Andrei Nastase's designation as the sole candidate for the elections of October 30th,2016 and "Action and Solidarity" Party having the right to submit the candidate for Prime Minister.

"Given that we went over all the limits of time, waiting for the reaction of our partners to October 13th, at 14.00", wrote in a "Dignity and Truth" Party statement.