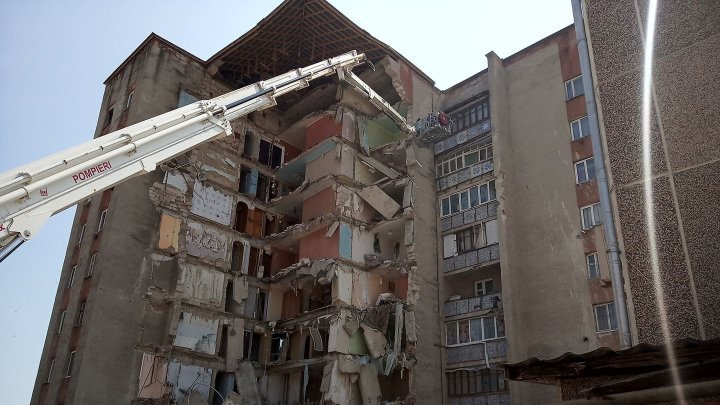 June 19, 2019, in Otaci City a part of a living nine-floor block of flats has crashed. 36 families just remained without home and nowhere to go. The rescuers are working continuously to get rig of the stranded consequences of the crashing.

By night, the General Inspector for Emergency Situations, Mihail Harabagiu, arrives in Otaci to monitor the situation. The Internal Affairs Minister, Andrei Nastase, that night chose to go to theatre.

According to moldpres.md, 'At the National Filarmonia was launched a book dedicated to the poet Mihai Eminescu. At the event took part the Minister of Internal Affairs, Andrei Nastase'.

Is to mention that Andrei Nastase didn't manage to get to Otaci for workings supervision to this day. Instead of it, he came at Maia Sandu's meeting with the public local authorities, even though he has nothing to do there.
AFLĂ imediat Știrile Publika.MD. Intră pe Telegram