Andrei Nastase has submitted a complaint against President Igor Dodon on Thursday. It comes after Viorel Morari, the former head of the Anti-corruption Prosecutor's Office, let on that Dodon asked him if he invented any criminal cases on the PPDA leader based on some information and notifications.

"It was a very interesting detail. President Dodon asked me why we didn't investigate Andrei Nastase. On several obscure websites appeared some anonymous letters or alleged journalistic investigations which disclosed Nastase's wealth or hidden things. My response was: We'll do it for sure. But then we resume the investigation of PSRM funding", Morari said.

Asked by phone, the spokesman for the Presidency, Carmena Lupei could not be found to comment on this situation. 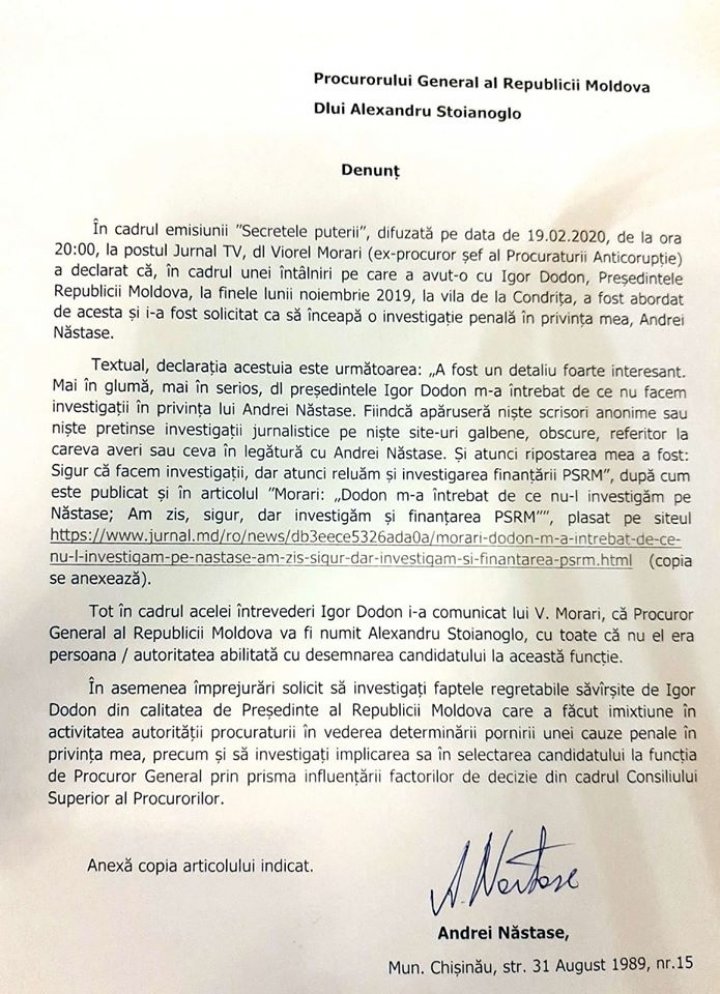