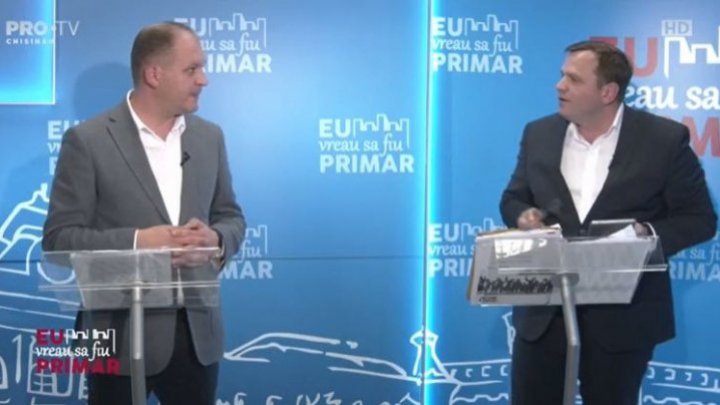 Andrei Nastase, the candidate of bloc ACUM for Chisinau mayoralty, stated in an electoral debate on PRO TV that he would not make any political coalition with the Socialist Party.

"Above my fate is the destiny of this country, the destiny of the Moldovan capital. We have the obligation to be united. What I can tell you is that I will make the majority to vote for the projects aimed at the people's benefit. I will not create a political coalition with the Socialist Party because we must have an alliance which targets the projects", said Nastase.

According to Ion Ceban, the alliance between PSRM and bloc ACUM at the Chisinau Municipal is the only option now.

"We have 22 mandates, bloc ACUM has 19 mandates. We have nothing to share but responsibilities," Ceban said.