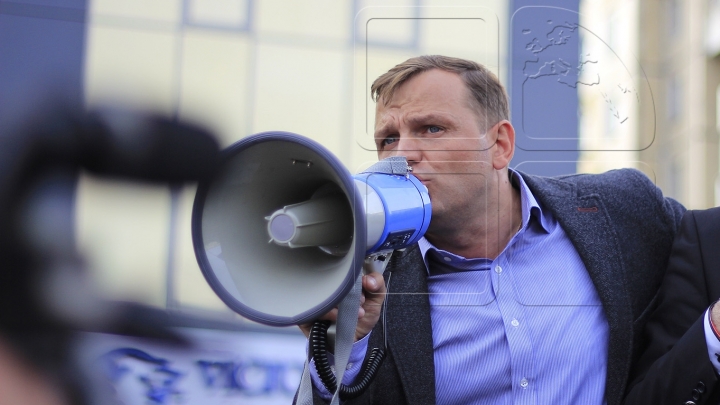 The leader of the Dignity and Truth Platform Party, Andrei Năstase, must be prosecuted for the dubious transfers he involved his mother into. More and more people share this opinion.

Ordinary people condemn Năstase for having transferred millions to his mother’s account, as the elderly woman saves money from her pension for a surgery:

"This Nastase is a millionaire in all the countries. Why doesn’t he take care of his mother? His mother goes barefooted, his mother saves from her pension to have her eyes operated on. Why? He passed millions through her account and she does not know."

"He’s a bandit, because he steals. He earns his living from stealing. His mother would better close his accounts. But she’s old and she doesn’t know what a bank account is. What kind of man is he, if he uses his mother to steal? Only Andrei Nastase and the Ţopas can do it."

"It’s not a nice thing for son to do such things to his mother."

"If he involved his mother in all this, his slogan 'Dignity and Truth' does not match. People without dignity, hiding the truth at the sea-bottom."

‘Dignity and Truth’ leader Andrei Năstase recognizes he transferred huge amounts into his mother’s account. But his mother was surprised to learn that.

"I earned my money in Moldova and abroad, I brought it home. A part of them I used to buy a plot and build a house. I put a part of it on my mother’s account, another part – nearly the same amount – on my mother-in-law’s account", Nastase explains.

"He’s corrupt. You see he’s fighting for power, but alas… The people should start realizing he’s got no value. And all those accompanying him. They all had government positions. In if the tit fell from their mouth, as the Moldovan saying goes, they are looking for…," a person specified.

Ordinary people say Andrei Năstase must be held responsible for his deeds:

"That means he must go jail. He should have transferred that money to his account, to pay taxes. A peasant with a pension of 300 lei has money enough to pay for electricity and gas.”

"He must be held responsible for that. I think he might have stolen that money. He couldn’t have saved it from his salary, exactly.”

"He must be held responsible, that’s true. Where could he get those millions from."

"He’s a traitor of his country and people."

The moldova24.info portal disclosed money laundering schemes of the fugitive convict Victor Țopa and role played in the scenario by his wedding godson Andrei Năstase.