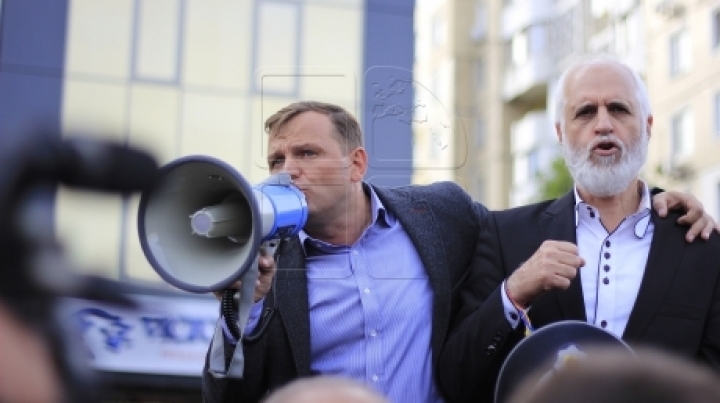 "If it's neede, we will fight the so-called friends. We will make no difference when someone is playing with the national interest". Thus commented President of "Dignity and Truth" Platform, Andrei Nastase, the LDPM announcement in which has declared its support for the PAS candidate in the presidential race, Maia Sandu, writes glasul.md.

The Liberal Democratic Party of Moldova President, Viorel Cibotaru, told journalists that they will support Maia Sandu in the presidential race. The formal decision will be taken on the support of the National Council of the party.

Statement by the LDPM president has ignite the spirits. Alexandru  Slusari, "Dignity and Truth" Party deputy,of convicted mobsters Victor and Viorel Topa, has qualified the LDPM party as an act of betrayal and kick back that they will never forget.

Ciubotaru's announcement provoked quarrel between Maia Sandu supporters and those of Andrei Nastase and the few remaining supporters of the LDP.

Last week, new tensions have emerged between Maia Sandu and Andrei Nastase. She called him Andrei Nastase a misogynist. This after Chairman of "Dignity and Truth" Party of mobsters Topa said he is the best candidate for head of state and because he is ... a man.