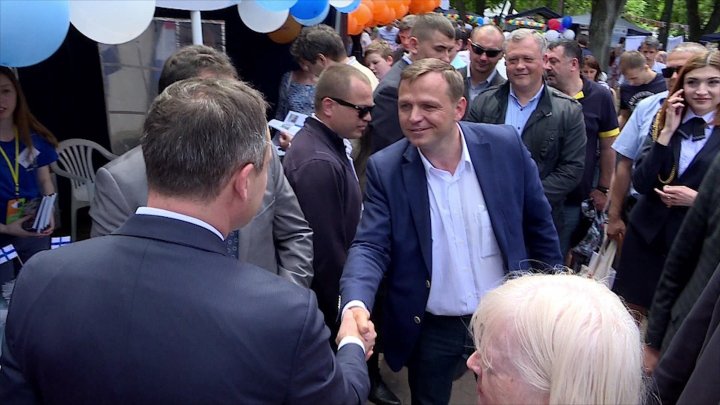 European City day is organized in the Chisinau central park Stefal Cel Mare. Visitors have the chance to know more about the cultures and cuisine of European countries at the tents installed by the embassies for two days.

Parliament Speaker Andrian Candu and Prime Minister Pavel Filip were present in the European City. The two officials could be found in tents arranged by the Government and the Parliament of the Republic of Moldova.

Some politicians were surprised by Andrian Candu's presence in the event. The PPDA leader, Andrei Năstase, though he tried to avoid him, did not succeed. The two exchanged replies.

Andrian Candu: - Hi. Successes. Are you alright? You look underweight.

Andrei Nastase: - It's good. It's for the good of the country.

Events in the European City will continue on Sunday. Throughout the day, European production films will be screened and projected into the central park.