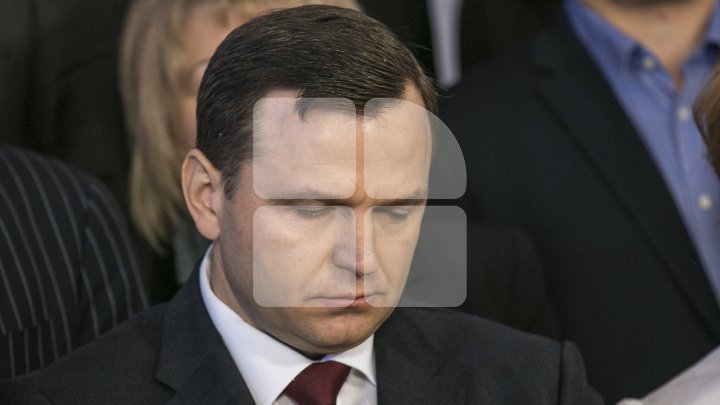 Andrei Năstase attacks the press again. This time, the target was privesc.eu portal, which specializes in broadcasting live of events.

He accused journalists of not filming his protest in front of City Hall. Reply of privesc.eu was that Năstase was blamed for manipulation and the portal made it clear that they would ignore the actions of Năstase in the future.

"That privesc.eu could not be here? They could have been but they're not. Yesterday, in the morning, when we had a press conference here, Șor's misery was broadcast live. When they defiled our offices, when they wanted to bleed our office, such things were broadcast live", said DA leader Andrei Năstase.

The co-founders of portal accused Năstase of his statements being nothing but manipulation.

In a Facebook post, Radu Chivriga, one of the co-founders of the site, wrote that protest of neither Șor nor Năstase was broadcast live. The DA leader announced at 1:00 but the rally is about to take place in the morning.

Chivriga mentioned that they did not go to any of the two protests, because they were not announced in time.

Vitalie Eşanu, another co-founder, wrote that Andrei Năstase's accusations were unfounded. He reminded him that he has signed a contract with privesc.eu, and the portal is a live streaming service, which has a lot of expenses.

Moreover, Eşanu told him that he had transmitted free of charge protest of DA under cold, rain and wind and now he gave them dissatisfaction.

Blogger Eugen Luchianiuc who used to work at privesc.eu portal had tougher reaction.

"An idiot, simply, Andrei Năstase, he said privesc.eu belongs to Ilan Șor. Such an idiot! Show me the link please where privesc.eu broadcast the protest of Ilan Șor. If you show me, I'll show you that you're a lady. Until that I believe you are not a Mayor in Chisinau. Today I'm so glad that Chisinau is not in the hand of such idiot, "replied blogger Eugen Luchianiuc.

It is not the first time that the PPDA leader and his supporters show aggressive behavior towards journalists.