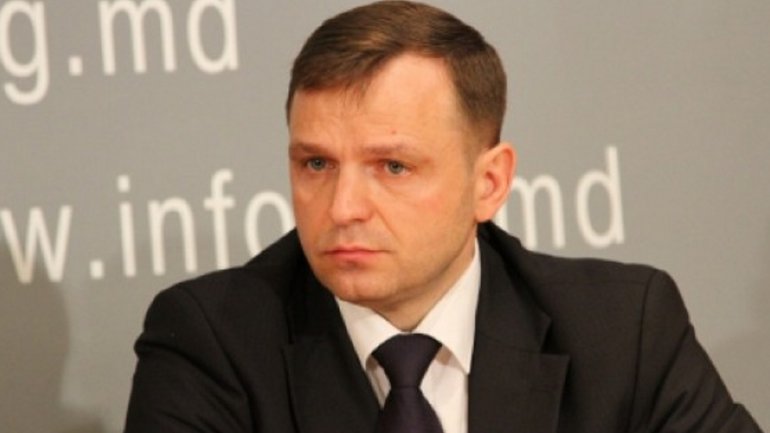 Candidate of Dignity and Truth Party, Andrei Nastase, behind which are gangsters Victor and Viorel Topa, officially announced that he abandons the presidential race. He withdrew in favor of the former party colleague of Vlad Filat, Maia Sandu.

Former Minister of Education will be also supported in the presidential race by the Liberal Democratic Party of Moldova, which is rated by less than one percent in the polls.

Dignity and Truth Party leader chose to officially announce about abandoning the electoral competition in his native village, Mandresti, Telenesti. The conference was organized at the House of Culture, and the hall was half empty.

After he concluded his speech, in which he criticized the government, a woman tried to ask him a question, but Nastase interrupted her.

Although he says he is for press freedom, Andrei Nastase, the godson of mobster Victor Topa, did not allow the journalists to ask questions.

Afterwards, Nastase tried to flee from the journalists. Moreover, Dignity and Truth Party activists tried to intimidate our filming team.

Truth and Dignity Party decision to support Maia Sandu to the presidential sparked discontent of Nastase's followers. They shed their discontent on social networks and said they will not vote for Maia Sandu.

Yesterday, 14 October 2016, the leader of Our Party, Renato Usatîi, urged Nastase’s followers to vote for his candidate, Dumitru Ciubasenco.

The latest polls show that the intentions to vote for Andrei Nastase is declining. Instead, increases the number of people who want the Democratic Party leader, Marian Lupu, as president, who according to studies will duel in the second round with the socialist Igor Dodon.

At only 41 years, Andrei Nastase has a fortune estimated at 12.5 million lei and owns several houses and luxury cars, although he did not obtain any money from his salary as a lawyer.

Also, the media published revelations about several schemes of money laundering of fugitive mobster Victor Topa and the role of his godson, Andrei Nastase, in this scenario.