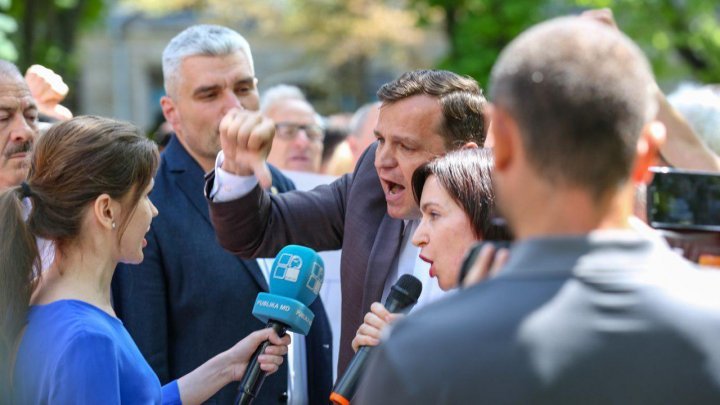 Andrei Nastase, the godson of Victor Ţopa, the politician named as enemy of press, has attacked verbally Publika TV reporter Oxana Bodnar during a protest in Chisinau. Leader of PPDA used filthy language in discussion with our journalist and cameraman.

At a press conference on last Tuesday, Nastase used filth language towards journalists while talking about decency.

DA leader Andrei Nastase appeared on panel of "Enemy of press" installed in front of Parliament headquarter on the World Press Freedom.

In 10-2017, he also intimidated Publika TV reporter Oxana Bodnar and forced her to leave the press conference after our team intended to film his speech in front of the press.

The politician attacked verbally not only our journalists but also other journalists such as from Moldova 1, Național Newspaper, privesc.eu because they didn't show pleased with his behaviors.

Nastase is the number 1 enemy of Publika TV. This remains until he will make a public excuse to our television.