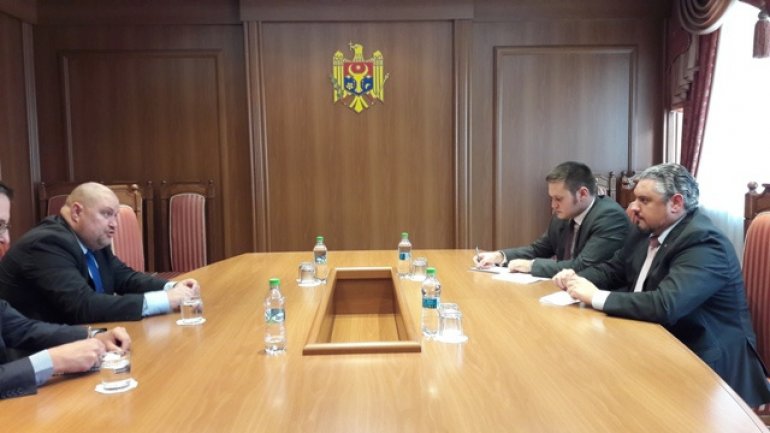 Deputy Prime Minister, Minister of Foreign Affairs and European Integration, Andrei Galbur met today with the Ambassador of Slovak Republic to Moldova, Robert Kirnag, on the occasion of completion of the diplomatic mission to Moldova.

Minister Galbur has expressed his gratitude toward the diplomatic mission for their efforts in maintaining good diplomatic relations between our countries, as well as their help in organizing certain events.

He also thanked the Ambassador of Slovak Republic for his implication in the successful acquisition of „Slovak Aid”, as well as other projects for local and regional development.

During the meeting the two discussed possible cooperation between Moldova and Romania withing international organizations and underlined the importance of supporting one another's interest at the 72nd Regular Session of the UN General Assembly.