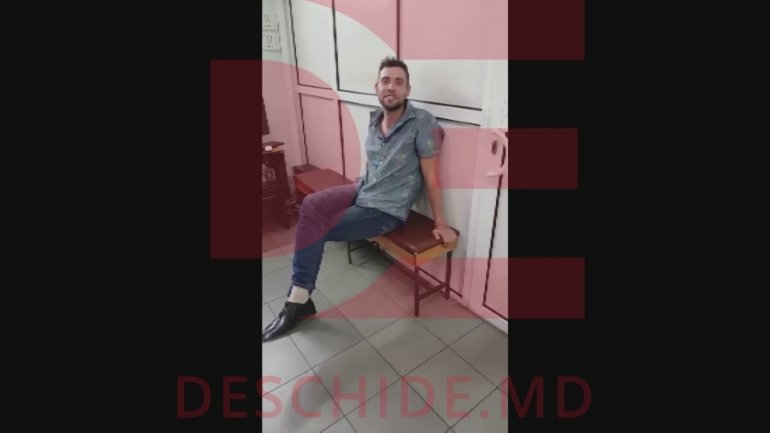 The arrest warrant for "Andrei Braguţă" case was signed today at the Constitutional Court of the Râşcani sector, from Chisinau, at the attorneys request. As a result three policemen were arrested for 20 days, while one inmate will spend the next 30 days behind bars.

The first one to find out the news was the former cellmate of Andrei Brăguţă.

Boris Bologan, previously detained for theft, is originally from the same village as the deceased man and they have reunited for the first time after many years. The suspect claim that Andrei Brăguţă was abused by the officers, while he and other inmates have simply tied him up.

"-He acted aggressive. What could we have done? He attempted to attack all of us. Tying him up  was a self defense tactic we all agreed upon", suspect Boris Bologan claimed.

The lawyer is working to free his employer, as he is fully cooperating with the investigation.

"They all thought that he was high from drugs. Afterwards realized that was not true. The inmates requested assistance from the guards and asked for an ambulance to be called, multiple times, as Braguţă Andrei was not feeling well" lawyer Silviu Burlacu stated.

None of the three former guards wished to comment on the Judge's decision.

Attorney Ruslan Lupaşcu made it clear that there is evidence, proving that the deceased man was abused by his inmates and the guards never stepped in. Lupaşcu also believes the arrest warrant being the right thing.

Three more inmates are being investigated in this case, on suspicion of having abused Andrei Brăguţă while in prison. They are all currently taken into custody.

Afterwards he was sent to prison, despite it being made known that he suffered from chronic mental disorder, which could develop into paranoid schizophrenia.

Today, magistrate Iurie Obadă declared for Ziarul de Gardă that he has made that decision because the young man was dangerous and if let loose would have harmed himself or another citizen.

"My decision was to keep citizens safe by detaining and having him under supervision. Were he a mentally healthy person, I would have released him" the magistrate said.

Brăguţă  died on 26th August, according to the expertise the cause was respiratory insufficiency, purulent bronchopneumonia.