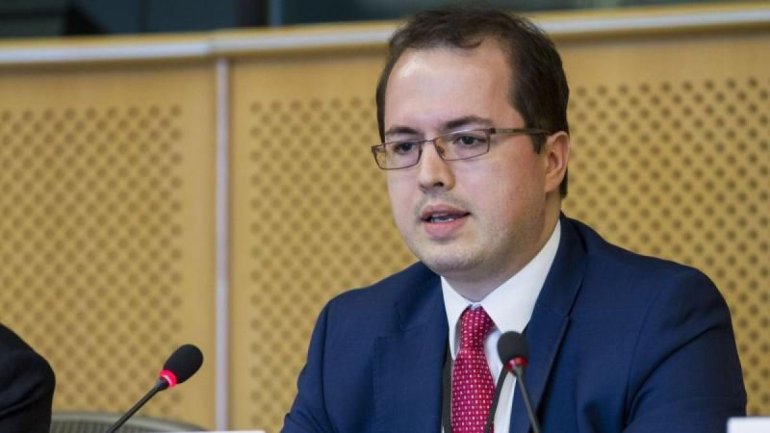 A meeting of Moldovan delegation and the Committee on Budgetary Control was held today, June 22nd in order to discuss Igor Dodon's statements on theft of European funding.

The member of the European Parliament Andi Cristea has mentioned that the statements of Moldovan President Igor Dodon aren't real and highlight political irresponsibility.

"All statements made by head of state are extremely important and taken into consideration by the European Union. The statements of Dodon are completely wrong. Today, the meeting with the Budgetary Control Committee took place. Pirrka Tapiola, the head of the EU Delegation in Chisinau has attended the meeting in order to discussed the declarations made. The final conclusion is - they are fake. We were in the position to answer political statements. I'm sure Mr. Dodon knows money can't be stolen. But he, who is basically a Moscow vector, uses statements in a political way. Those don't reflect real issues" , said the MEP.

Publika.MD recalls that media has said the European Parliament would postpone the funding of 100 million euro and Igor Dodon has stated he agrees with the decision. The Parliament Speaker Andrian Candu has accused Igor Dodon of irresponsibility.