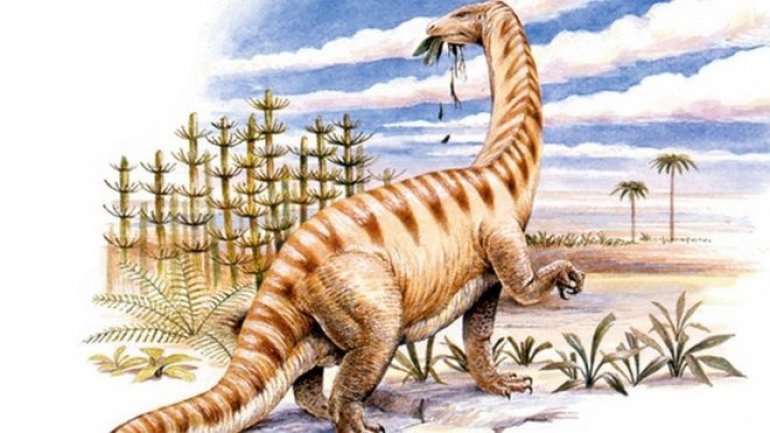 Ancient proteins dating back 195 million years have been found inside a dinosaur bone.

The discovery pushes back the oldest evidence for preserved proteins by 100 million years.

Scientists have also found traces of a mineral that probably came from the blood of the early Jurassic dinosaur.

Soft tissues provide new insights into the biology of dinosaurs and how they evolved.

They are rarely preserved during the process of fossilisation, during which bones and teeth are slowly transformed into "rock".

The researchers studied the fossils of a Lufengosaurus dinosaur using infrared spectroscopy with a synchrotron in Taiwan.

Preserved fragments of collagen and iron-rich proteins were found within the walls of blood vessels running through rib bones.

They think the remains of dinosaur blood may have preserved the collagen for almost 200 million years.

Stephen Brusatte of the University of Edinburgh, who is not connected with the research, said the discovery was "a jaw-dropper".

He said the fact that proteins can survive for so long has two big implications, informs BBC.

The preservation of microscopic proteins for nearly 200 million years tells us that there is still much to learn about how fossils form.

And the findings appear to corroborate previous reports of similar proteins in other dinosaurs, that are about 70 million years old.