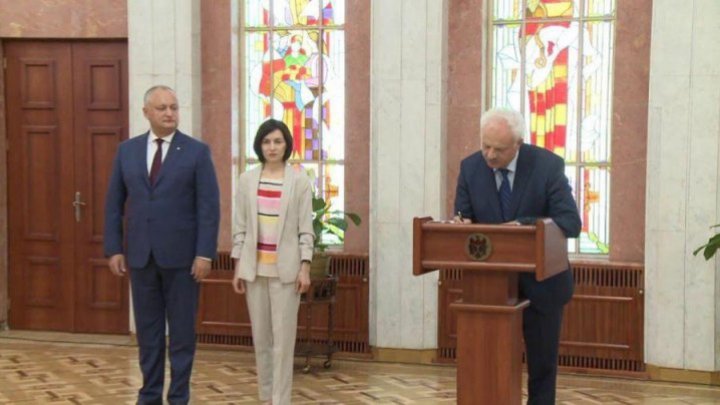 The vice-PM Vasile Sova, at the end of the '90's, was selling diplomatic passports to the people who had no rights to receive them. This is stated in the Anatolie Chirilov's blog.

'Today I will talk about Vasile Sova, the 'homeless guy' from the Kozak Government (officially led by Maia Sandu). The 'homeless guy' who  was deliberately selling diplomatic passports for everyone.

Vasile Sova returned into the Reintegration field, in which he activated for seven years, being one of the longest-serving Ministries from the communist Government. He served as a Deputy in the PCRM fraction. Until the establishing of the communist governance, the politician had held the vice-Minister of Foreign Affairs function (1995-1998) and Ambassador of the Republic of Moldova in the Chinese Popular Republic (1998-2002).

In the 1996-1998 period, when he was holding the vice-Minister of Foreign Affairs function, he was involved into selling diplomatic passports to the people who had no rights to receive them. The auditors were saying that from a number of 635 diplomatic passports that were meant to be withdrawn from the persons who lost the right to use them, 420 of them weren't withdrawn. The Court also set that Vasile Sova, alongside with another responsible persons, admitted a number of activity infringements in the Central Apparatus of the Minister of Foreign Affairs, as well as the abroad diplomatic missions of the Republic of Moldova. Especially about the wrong management of the public finances, unjustified expenses, purchase of the never-used equipment and the lack of reaction to prevent the abuse admission', mentioned the blogger Anatolie Chirilov.

Also, the blogger Anatolie Chirilov says that 'even if he declares himself the 'poor guy' of the Kozak Government, in the issued report of the Court of Auditors is shown that during his lifetime activity, this man drained enormous amounts of money'.

'In 2010, Vasile Sova, was part of the so-called 'black list of the Civic Initiative for a Clean Parliament', in which a group of journalists have presented more compromised candidates or with integrity problems', pointed out Chirilov.