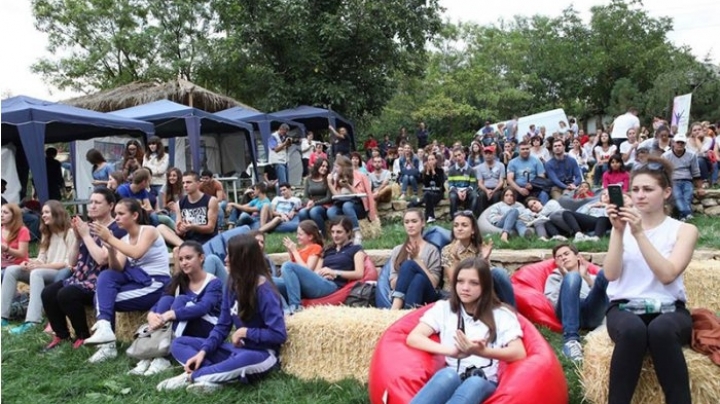 Artists and bands from Italy, Moldova, Romania, Russia and Ukraine will participate at the sixth edition of the International Music Festival "Gustar," which will take place August 5-7 in Furceni village, Orhei, Moldpres reports.

According to organizers, the festival is dedicated to all ages and cultural preferences. Spectators will have the opportunity to rest in a natural space,  listen to folk artists of the moment, will be able to make trips to historic sites, participate in numerous activities and workshops in the areas of art, book areas, fairs and exhibitions. For the first time in the history of the festival concerts will take place with two stages.

Tomorrow, starting 16.00 in the Literary-Artistic group "Ideal" at the National Library will be held tonight in memory of composer and conductor Mircea Otel, moderator: Vasile Căpăţînă. On Friday, the same institution, "Republic" group  invites their friends, starting at 18.00 at public readings by Doina Ficman, moderator: Moni Stănilă.

Today, at the National Art Museum of Moldova at 19.00 will begin the concert of classical music organized by Crescendo Moldo and Classical Music Festival.

Classical Music Festival Moldo Crescendo is at its second edition. This year organizers have proposed a total special experience. Between July 27 and August 6 viewers will be able to visit four buildings of historical and architectural importance in the country. Two of them need restoration - Chisinau Mansion Museum Zemstvei and Ciolac-Malski of Bahmut and two are undergoing renovation - Art Museum of Moldova and Mimi Bulboacă Castle.

These cultural events will be crowned with a classical music concert given by young talented Moldovan diaspora.

Musicians from Romania, Russia, Britain, Germany, Netherlands, Finland and Malaysia will come to share with the audience their love for music and beautiful. The closing concert of the festival will take place on Saturday, August 6, at the Castle Mimi in Bulboaca village, Anenii Noi.The beginning of the show is ar 17.00.