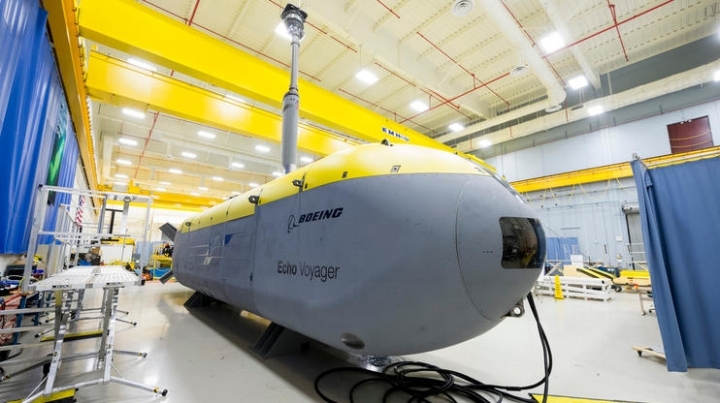 This fall, an unusual vessel will begin sea trials off the coast of California.

The 51-foot-long Boeing Echo Voyager will have no crew. It will glide underwater for days or weeks, quietly collecting data from the ocean floor to send back to crews on ships or on land.

Ever since the start of the war in Afghanistan in 2001, the U.S. military has relied more and more on flying drones to take on dangerous air missions. But increasingly, drones are taking to the sea as well.

The U.S. Navy has proposed about $319 million for the development and purchase of underwater drones in the president’s budget for the coming fiscal year. It envisions them stealthily gathering intelligence on opponents, detecting and neutralizing mines, hunting submarines and charting the ocean floor.