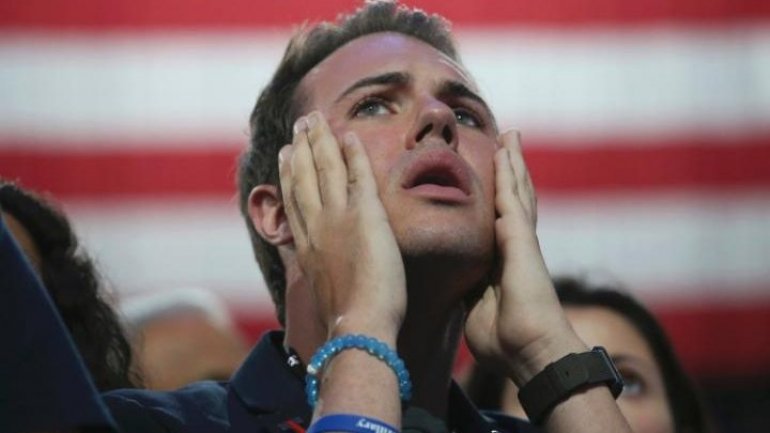 Panicked Americans are researching how to emigrate online after early election results pointed to a shock election victory for Donald Trump, reports Telegraph.

There was an explosion in search traffic on Google for terms such as "emigrate" and "how to emigrate to Canada" following the announcement of a series of victories in key swing states for the Republican nominee.

Huge numbers of internet surfers worldwide also began googling the phrase "end of the world" when the news broke.

And in Canada, the government's website crashed after it was inundated with visitors apparently researching how to become Canadian citizens.

The results have shocked pollsters, who until Tuesday night put his chances of winning at around 10 per cent.

They have also seen the US dollar plunge, with stock markets thrown into disarray under the mounting evidence that Mr Trump could soon become America's next president.

And in Mexico, where Mr Trump is seen as a major threat to the country's economy, the peso slumped to a record low against the dollar.

Neil Wilson, a markets expert at ETX Capital, described the situation as "chaotic", with many investors taking shelter.